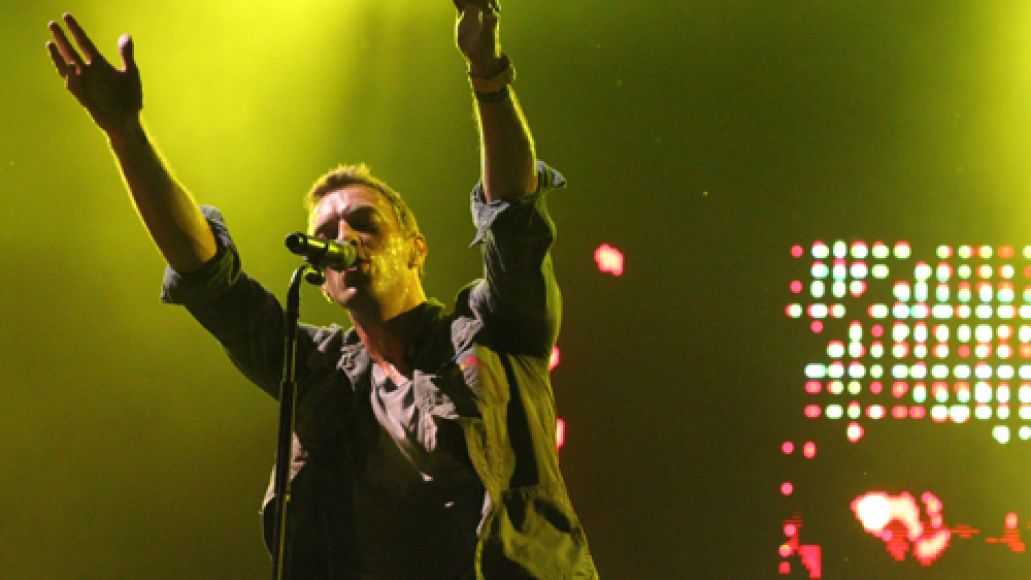 A quick programming note: Coldplay follow up their weekend in Austin with a trip to New York City’s Ed Sullivan Theatre, where they’ll first serve as tonight’s musical entertainment on the Late Show with David Letterman and then partake in one of those Live on Letterman concert webcasts. Of course, due to glory that is tape delay, you’ll actually see the latter before former. The live webcast begins at 8:00pm ET in the box below. . Update: Coldplay performed their new song “Paradise” on the TV portion of Letterman and you can watch video below.