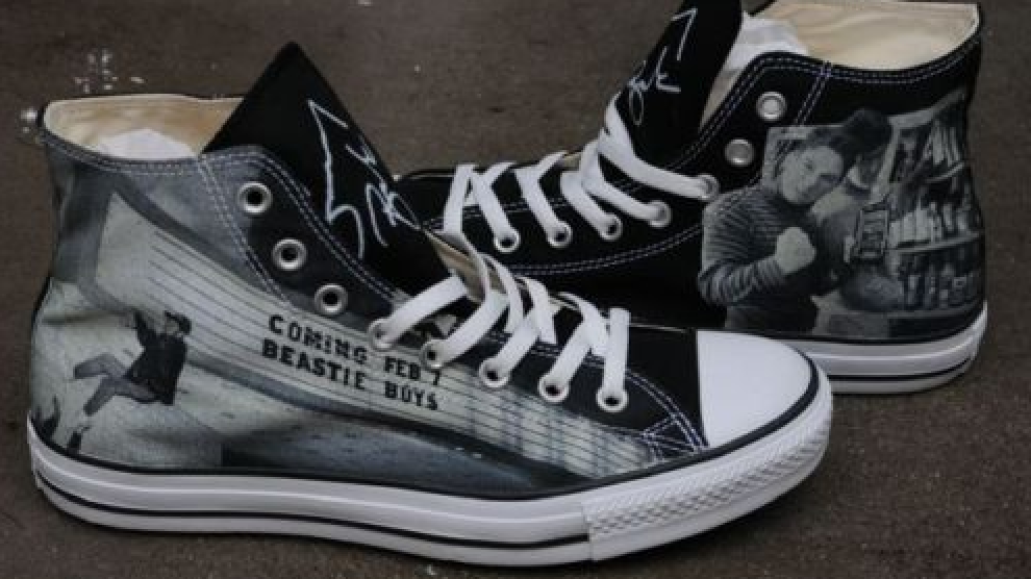 Here are a list of things the Beastie Boys have: loads of great music, tons of famous friends/fans, the chance to be inducted into the 2012 Rock and Roll Hall of Fame, and a must-have action figure collection. Now, add their own shoe to the list as the trio have a pair of limited-edition kicks listed on eBay.

The $200 canvas high-top sneakers use never-before-released photos taken by Sunny Bak during the group’s 1986 Licensed to Ill tour. The right shoe features MCA monkeying around on the Hollywood Palladium’s marquee, while the left shoe sees Ad-Rock and Mike D rocking some Mad Dog in a drive-thru liquor barn. Sales from each pair of shoes will help to benefit Prop 8 Films.

These prints will also be part of an exhibition by Bak called Boys and Dogs, which runs from October 8th through November 1st at LA’s Hold Up Art. For more info on location and gallery openings, head here.

Beastie Boys get their own shoe...