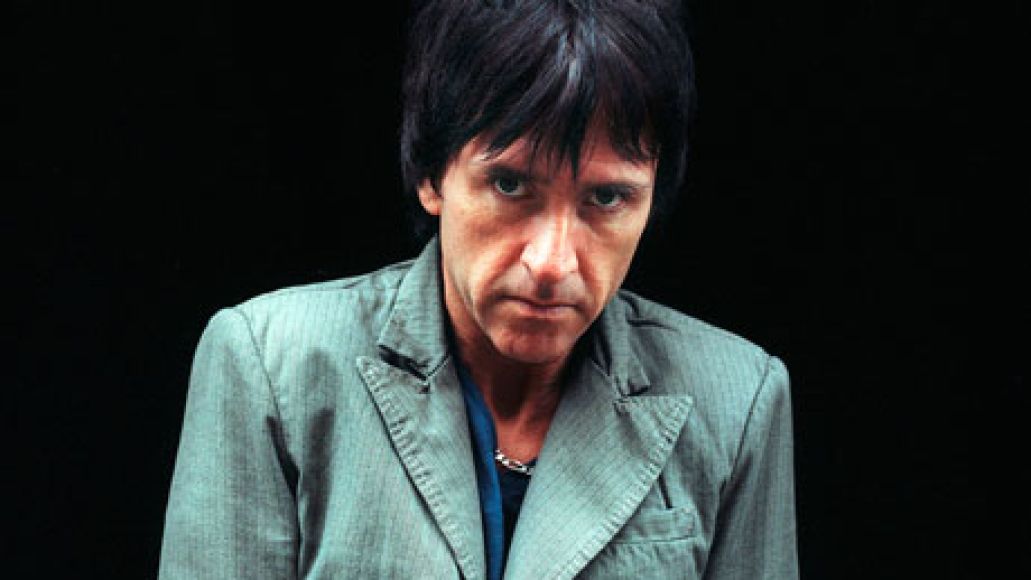 The standard artist collaboration involves two bands (or rappers) who fancy each other getting together to write and record a synthesis of both their sounds. Ray-Ban had another, more complicated idea when they created “Ray-Ban Raw Sounds,” a project  where one established artist creates five pieces of inspirational material for four up and coming artists to create a song with. Despite the confusing structure, the project kicks off with a bang courtesy of former Smiths guitarist Johnny Marr, who chose a varied lot in surf-poppers Best Coast, Tennessee rockers Mona, all-girl keyboard outfit Au Revoir Simone, and British singer/producer Tom Vek.

Marr’s five inspirational sources were a poem about a girl exploring a European city, a photo of two friends in his hometown of Manchester, UK, a Friedrich Schiller quote (“Keep true to the dreams of your youth”, a Strum and Drang guitar piece, and an old map of Lower Manhattan. “I just looked around my studio and life and took the parts of my world that are of interest to me, and then rolled with it,” Marr told SPIN.com. “I wanted this to tie Europe, England, and America together.” The resulting four efforts are vastly diferent, but with a decidedly cohesive feel to them.

Best Coast came up with “In Your Sleep”, a sweet, somber cut that takes the group’s bubbly sound and adds a more lonesome touch to it courtesy of a slide guitar. Frontwoman Bethany Cosentino told SPIN.com that the photo spoke most to her during the creative process. “I was inspired by Johnny’s photo, the man and woman looking at each other through vintage cameras, because my brain goes straight to romance. I also listened to the Strum and Drang loop on the road and it influenced ideas about the song.”

The other songs saw Mona’s use of the photo and Bible tales for the rocking “Jericho”, Au Revoir Simone’s Strum and Drang-inspired “How Long”, and Vek’s “Film Your Own Television”, which used almost all five pieces for a dreamy, giant-sized electro rock jam. Check out all four tracks here.