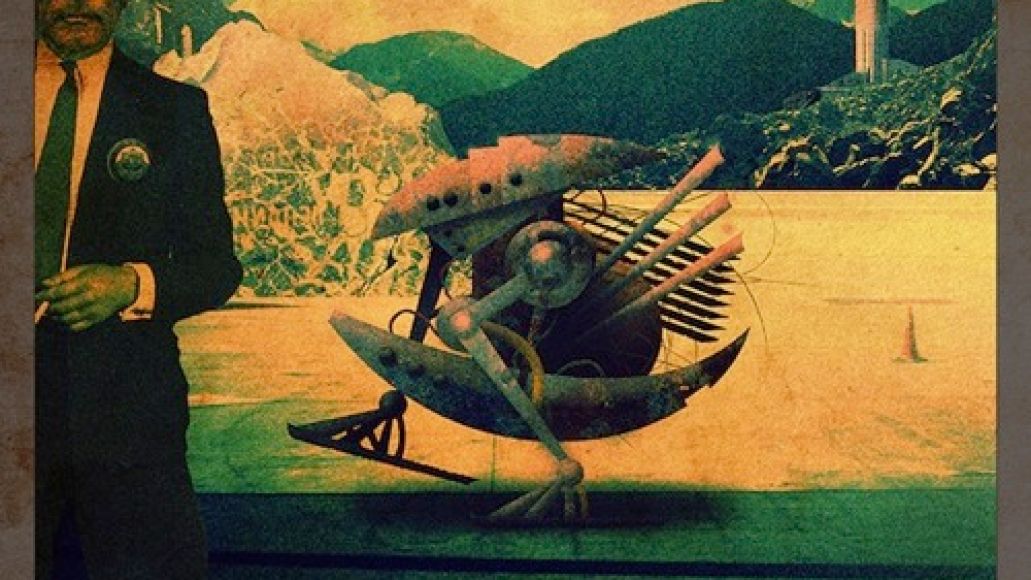 Ah, the solo project – you could say it’s like moving out of your family home for the first time. Or if you’re Paul Wolinski of British electronic post-rock band 65daysofstatic, you might say it’s more like exploring unknown reaches of the galaxy on the U.S.S. Enterprise. That’s the sort of direction he takes it with his new solo endeavor Polinski (see what he did there?). We’ve got a taste of that space exploration with the premiere of a cut from his upcoming debut, Labyrinths.

On “Tangents”, you’ll hear what it’s like when Wolinski steps out from behind his band and in front of a laptop, an army of synths, and a childhood fantasy to become Polinski. “This is basically an album I daydreamed of writing back when I was 15 and just learning how to program MIDI,” Wolinski says. Furious synth distortion and stout, determined beats pound out songs inspired by “a steady diet of 70s and 80s sci-fi movies and endless second hand paperbacks from the golden era of sci-fi publishing.” In “Tangents” especially, there are qualities that could help score one intense spaceship launch or alien encounter scene. Check it out it below.

Labyrinths is out November 7th from Monotreme Records (or, perhaps more fittingly, Halloween for our European readers). A trailer for the release, with segments of all the tracks, is below. Further on you’ll see the complete tracklist.

Check Out: Polinski - "Tangents" (CoS Premiere)