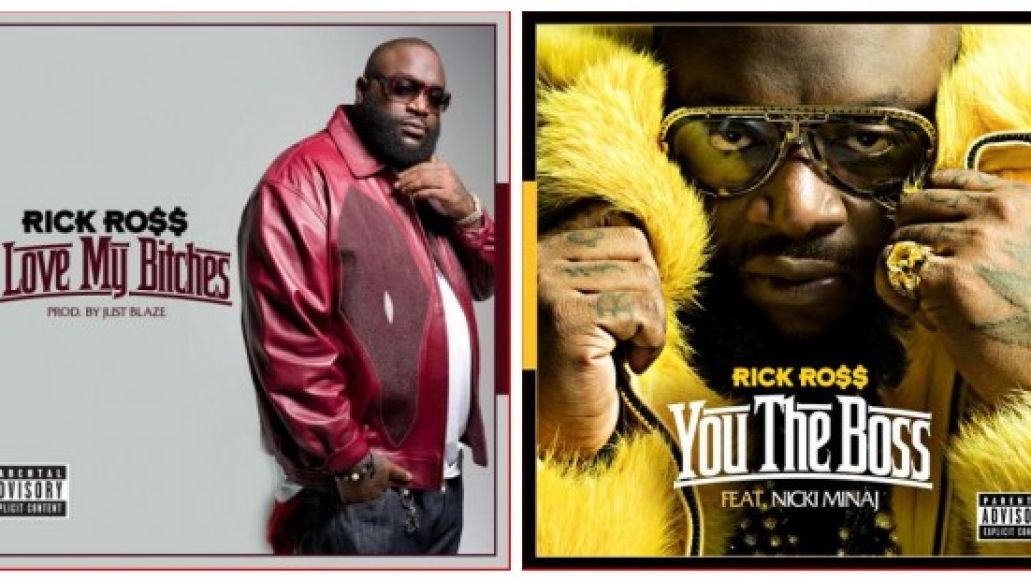 Rick Ross just hit us with a double helping of new music from his upcoming album, God Forgives, I Don’t. “I Love My Bitches”, produced by Just Blaze, is the heavier of the two cuts and packs references to Barbra Streisand and Hakeem Olajuwon in between his proclamations of love. “You The Boss”, on the other hand, sees Ross justifying his self-proclaimed nickname in a sensual sort of way and with the help of Nicki Minaj. Check out both cuts at The Smoking Section.