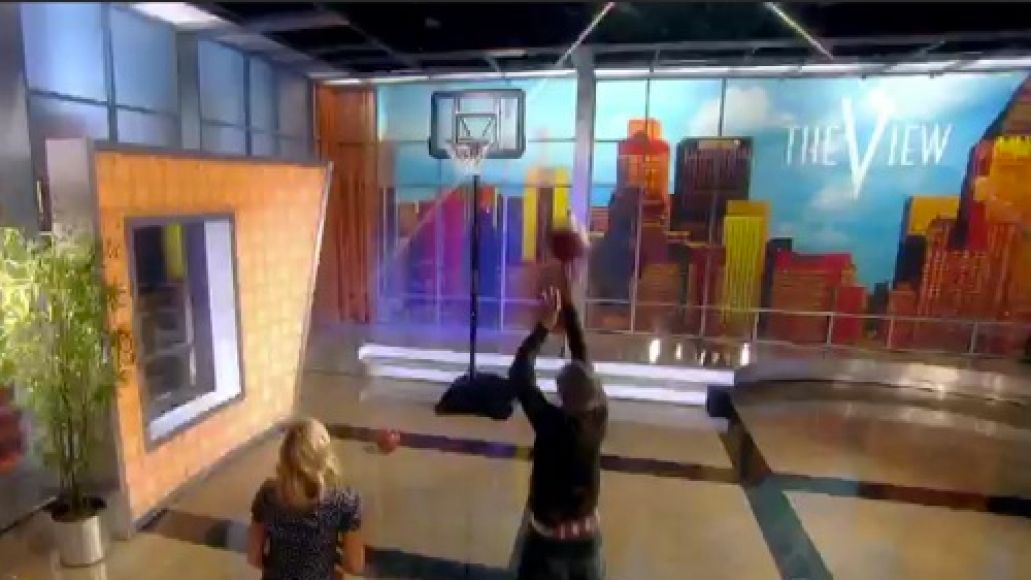 T.I.’s Tuesday went something like this: in the morning, the Atlanta-bred rapper appeared on the Howard Stern radio show, where he divulged details of his in-prison brawl. A few hours later, he attempted to reconnect with your mother by making his second — yes, SECOND — appearance on The View. While there, he also proved his lack of a jump shot. Then, for an encore, T.I. shared a new jam with Hot 97’s Funk Master Flex. Titled “Here Ye, Here Ye”, and featuring Pharrell Williams, the track was recorded shortly following T.I.’s release from prison, and you can now give it a spin below. So, how’d your Tuesday go?

According to T.I., his next album will be titled either Kill The King or Trouble. We’ll update you as more details are revealed.