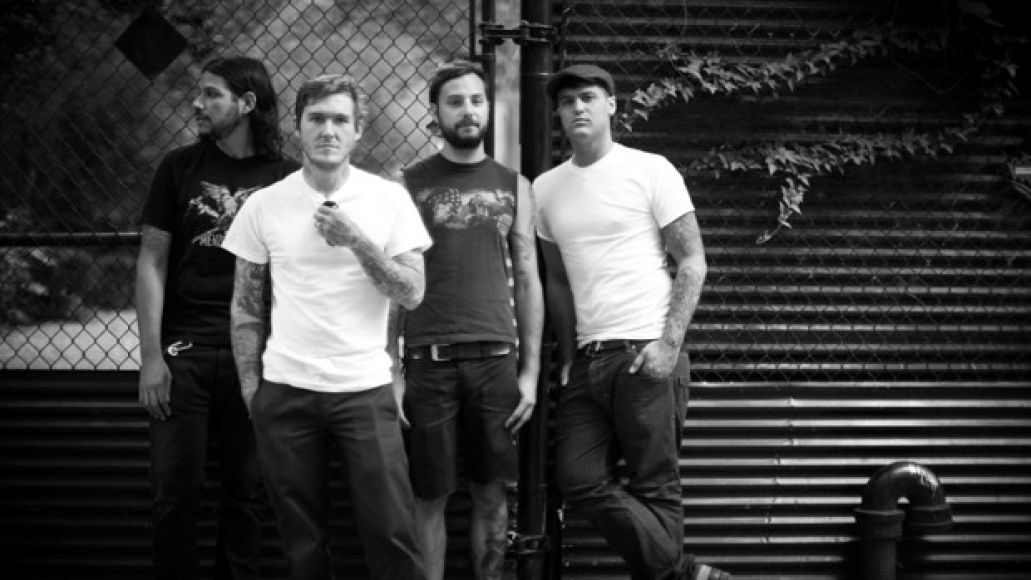 As previously reported, iTunes has tapped The Gaslight Anthem for the latest installment of their iTunes Session music series. Recorded live at New York City’s Cake Shop this past July, the seven-track EP packs an unreleased cut called “Our Father’s Sons” and a reimagining of American Slang‘s “Boxer” alongside covers of The Animals, Tom Petty and the Heartbreakers, Pearl Jam, and The Who.

Originally set to drop on December 13th, The Gaslight Anthem’s iTunes Session is now due out tomorrow, October 18th. However, right now, you can hear an exclusive preview of the band’s take on The Who’s “Baba O’Riley” below. Like any good cover, the rendition maintains what we love about the original; in this case, the anthemic feel and rocking guitar part. But since they’re a punk band, the New Jersey boys add their own angsty grime to the track, resulting in arena rock worthy of the pit.

Then, for context’s sake, the original version:

In other news, The Gaslight Anthem recently signed with Mercury Records and plan to release their third studio album in 2012. We recently spoke to the band about the iTunes sessions and their upcoming record and we’ll be posting the interview shortly.

Check Out: The Gaslight Anthem cover The Who's "Baba O'Riley" (CoS Premiere)