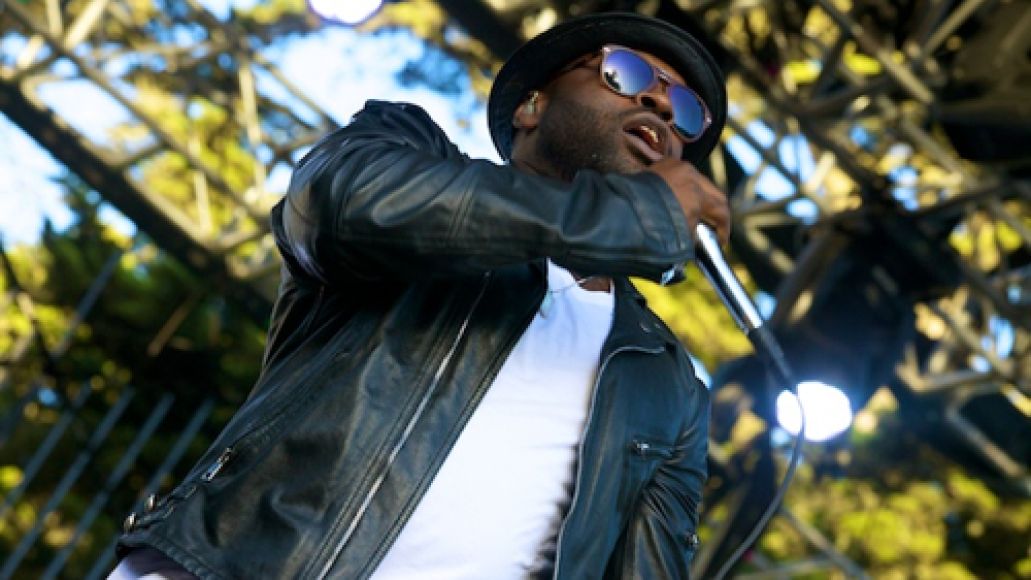 From The Vaccines and Rimmel to Black Rebel Motorcycle Club and Dr. Martens, the synergy-rich promotional technique of bands working alongside corporate brands is nothing new. Demonstrating their Illadelphia uprbinging, The Roots‘ relationship with alcohol conglomerate Diageo’s sees the band handle things their way, taking that organization’s TV jingle for their Captain Morgan line and making it their own with the rocking “To Life, Love & Loot”.

The track, recorded at at Manhattan’s Quad Studios, is stripped to the core (drums, guitar, tuba) while still exuding a heavy, booming rock sound ala Lenny Kravitz (with vocals courtesy of frontman/MC Black Thought of all people). It’s a giant-sized step away from the band’s blues-inspired hip-hop and predominantly peaceful vibe.

“They gave us free reign to experiment,” drummer/de facto leader ?uestlove told SPIN regarding the cut. “The track is part funk, but it’s also as aggressive a song can get with drums, guitar, and tuba. Lyrically, we figured we’d tackle the mission statement line by line. We touch on love and then you extend love to life, and then the love of loot. In this case buried treasure. We definitely had a visual pirate ship in our heads when we were doing this track.” Hop aboard the party boat by heading over to SPIN to listen to the song now.

The Roots’ upcoming album, the heavy and conceptual undun, is due out December 6th. Check out the Big K.R.I.T.-featuring first single, “Make My”, below, followed by the tracklist.