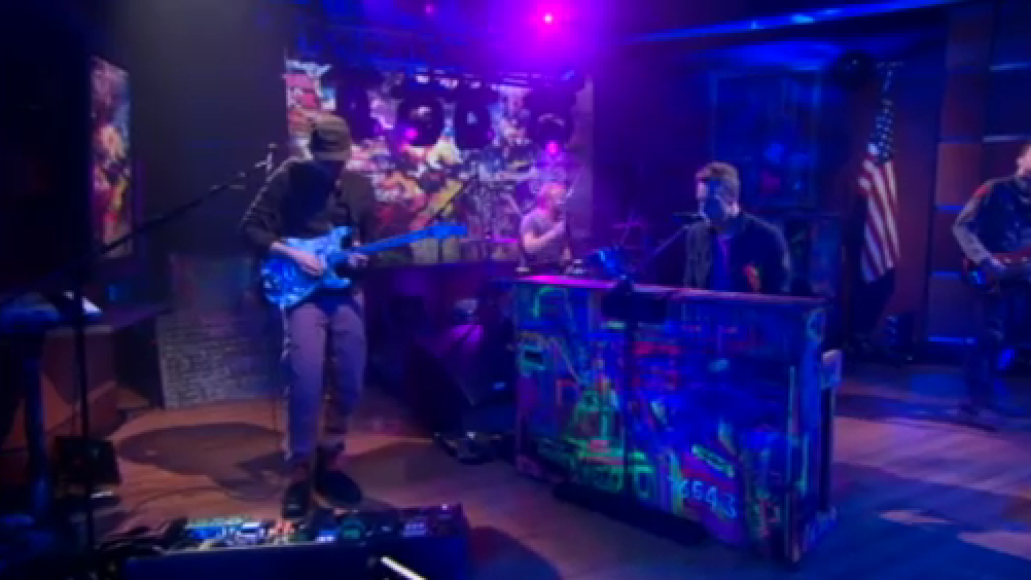 On last night’s edition of The Colbert Report, Coldplay’s Chris Martin answered questions on his marriage, the origin of the title Mylo Xyloto, and the comparisons to U2 and Radiohead. Regarding Thom Yorke and co. specifically, Martin countered, “We’re not as good musically, but we’re much more attractive.” Following the Q&A, the frontman joined his bandmates for a live performance of Mylo Xyloto‘s latest single, ”Paradise”, sans an elephant costume. If you missed it, catch the video replay below.

As a web-only exclusive, the band offered the jazzy “Up In Flames”. Check it out below.

Mylo Xyloto is out October 24th via Capitol Records.