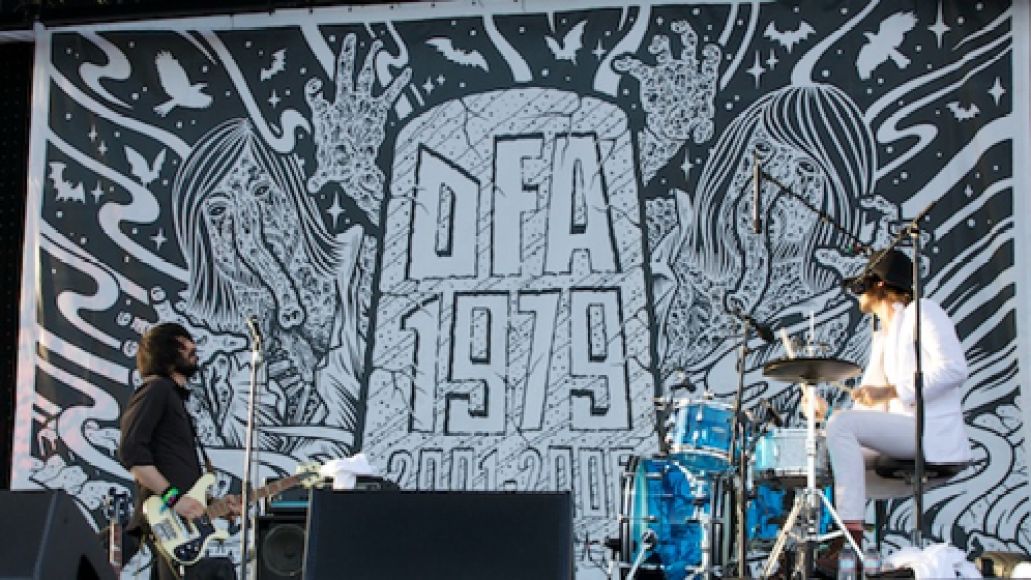 Since reuniting at South by Southwest earlier this year, rock warriors Death From Above 1979 have been wreaking havoc, and destroying eardrums at many North American music festivals. (Side note: CoS has been with them every step of the way, having seen them at SXSW, Coachella, Sasquatch!, Quebec City Summer Fest, Lollapalooza, FYF Fest, ACL, and, most recently, Treasure Island. In related news, staff-wide hearing is down 45%.)

Now, the duo of Jesse Keeler and Sebastian Grainger will show some love to their native Canada when they play a series of shows during the coming weeks (via Exclaim). First up is two dates in Toronto to close October, followed by three nights in Western Canada come mid-November. The band is also confirmed to appear at Brazilian installment of the Ultra Music Festival on December 3rd.

Below, you can find DFA 1979’s entire upcoming itinerary, as well as video of them performing “Turn It Out” during their set at Coachella 2011.