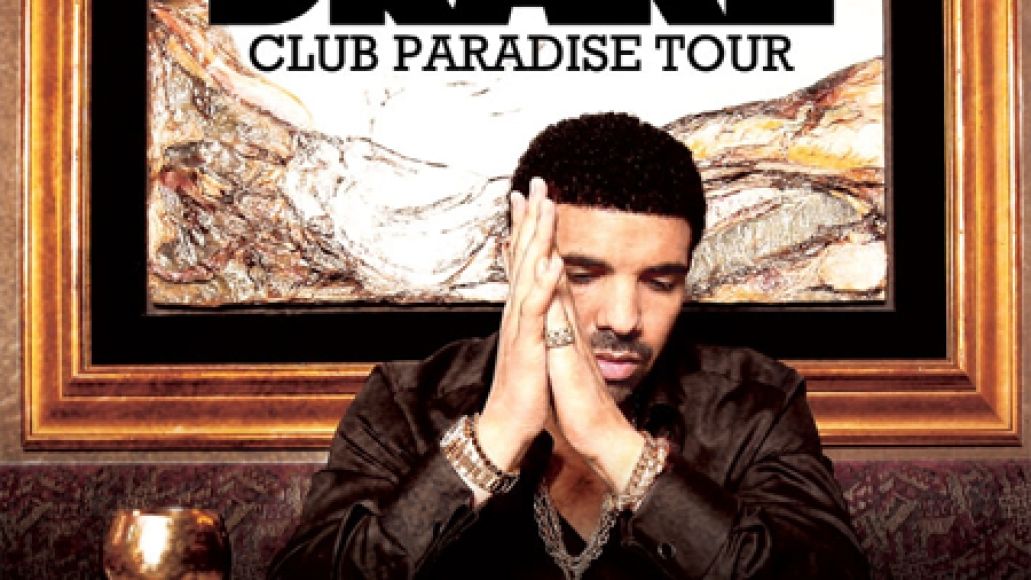 In the days following the release of his new album, Take Care, Drake will embark on U.S. tour with two of hip-hop’s brightest new emcees, Kendrick Lamar and ASAP Rocky. Dubbed the Club Paradise Tour, the trek currently spans six dates, kicking off in Columbus, Ohio on November 9th. After that, it’s on to University Park, PA, Champaign, IL, Fairfax, VA, and Columba, SC, before the trio wraps up in Greensboro, NC on November 20th (via HipHop DX).

Tickets for all six shows are available via Ticketmaster.com. Below, you can check out the specifics of the tour itinerary, along with Drake’s newly unveiled video for “Headlines”.

Update: According to Drake, additional dates will be announced next week.