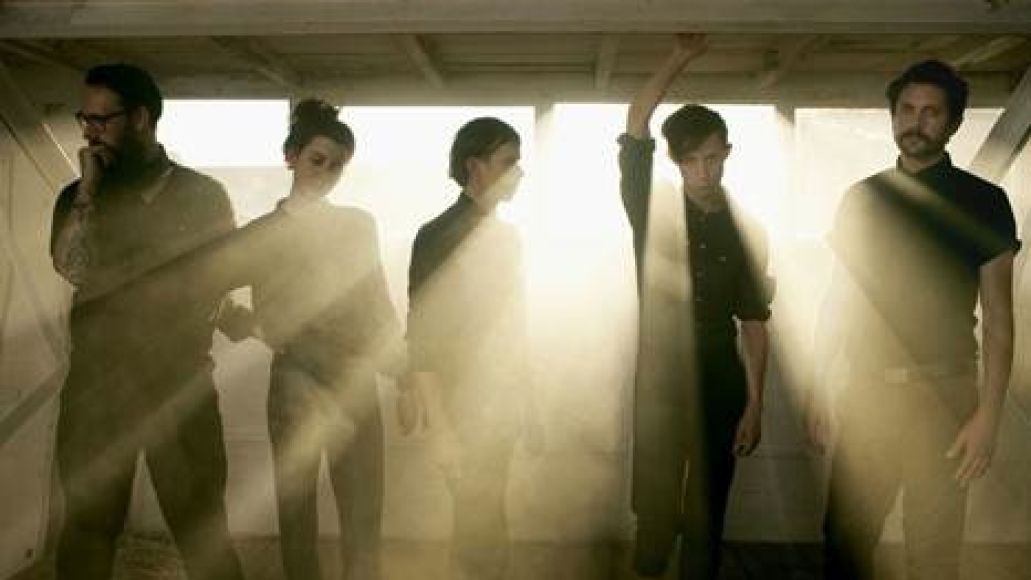 A description included within the issued press releases promises “new textures” from Fanfarlo as “the guitars are now electric instead of acoustic, while synths and samplers have emerged in place of mandolins and glockenspiels.” Says violinist/keyboardist Cathy Lucas: “We wanted to figure out what new things were possible with the tools we were using. This time there is more of an emphasis on patterns, repetition and hypnotic atmospheres.  We were trying to achieve more light and dark, while maintaining the subtlety and elegance.”

The album will hit stores on February 28th, 2012 via Canvasback Music/Atlantic Records. Ahead the release, Fanfarlo will play a brief run of East coast shows later this month before embarking on a more larger venture early next year. Below, you can find their confirmed itinerary, along with the videos for the aforementioned  ”Deconstruction” and another album track, “Replicate”.