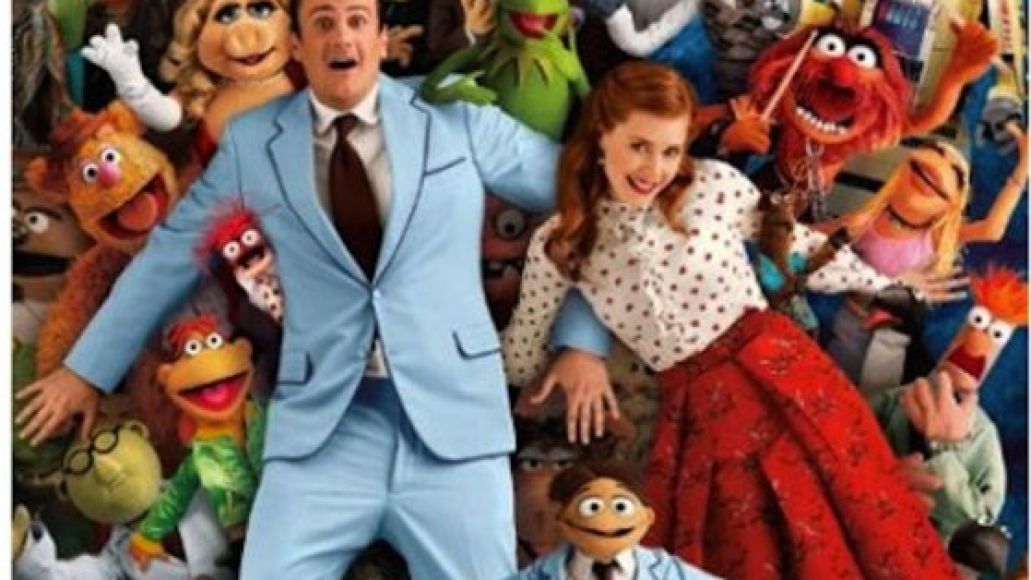 For as awesome as Muppets: The Green Album proved to be, it was only the beginning of the musical onslaught for the Jason Segel, Amy Adams-starring reboot of The Muppets. As it turns out, the film’s official soundtrack is just as bonkers, featuring a who’s who of notable musicians like Andrew Bird and Paul Simon, reports Billboard. Plus, you know a soundtrack’s great when Miss Piggy isn’t even the best part.

In addition to Bird and Simon’s contributions, Leslie Feist dueted with Mickey Rooney — yes, that Mickey Rooney — on “Life’s A Happy Song”, which was one of four original tracks written for the film by Flight Of The Conchords’ Bret McKenzie. Joanna Newsom also contributed vocals, in this case to album opener “The Muppet Show Theme” (sorry, no Muppet joke here, folks). Other soundtrack highlights include appearances by Segel and Adams and The Muppets Barbershop Quartet covering “Smells Like Teen Spirit”; now THAT is Nirvana. Check out the entire tracklist below.

The soundtrack hits stores November 21st via Walt Disney Records. The Muppets hits theaters on November 23rd. Check out the trailer below.