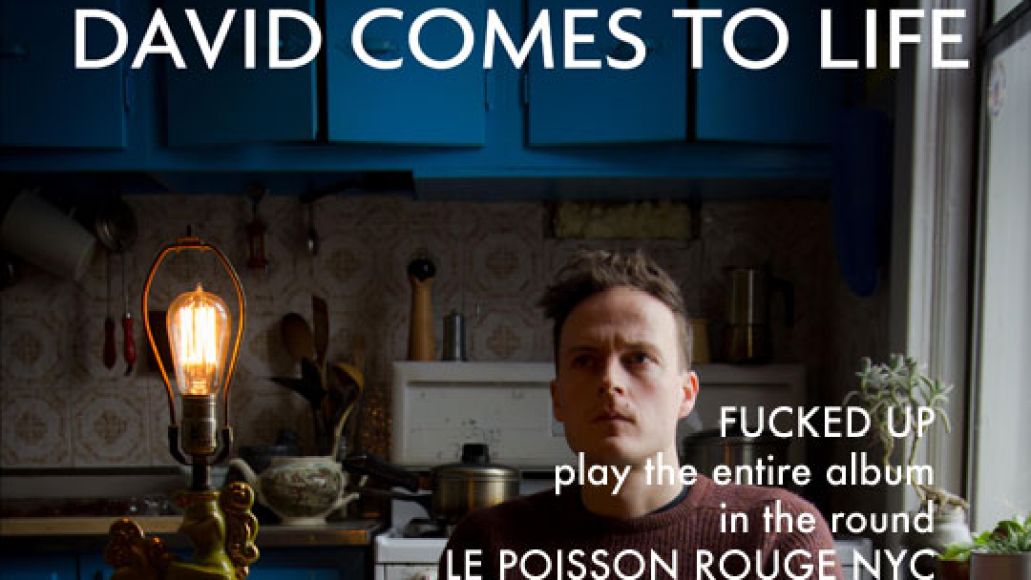 The last 10 months have seen Toronto hardcore band Fucked Up continually tackle some big projects. On top of the release of their most auspicious and intricate album to date, David Comes to Life, the group released another album in David’s Town and toured with fellow punk rockers Wavves and OFF!. All that, though, seems to be a warm-up for their next feat: On November 14th at New York City’s Le Poisson Rouge, Fucked Up will play David Comes to Life in its entirety and in the round, according to Matablog. In addition to debuting many of the album’s 18 songs live, the group will also be joined by opening act/fellow hardest working band in the world, Titus Andronicus. Grab your tickets here, then check out the video for “The Other Shoe” below.

Fucked Up to play David Comes to Life in full