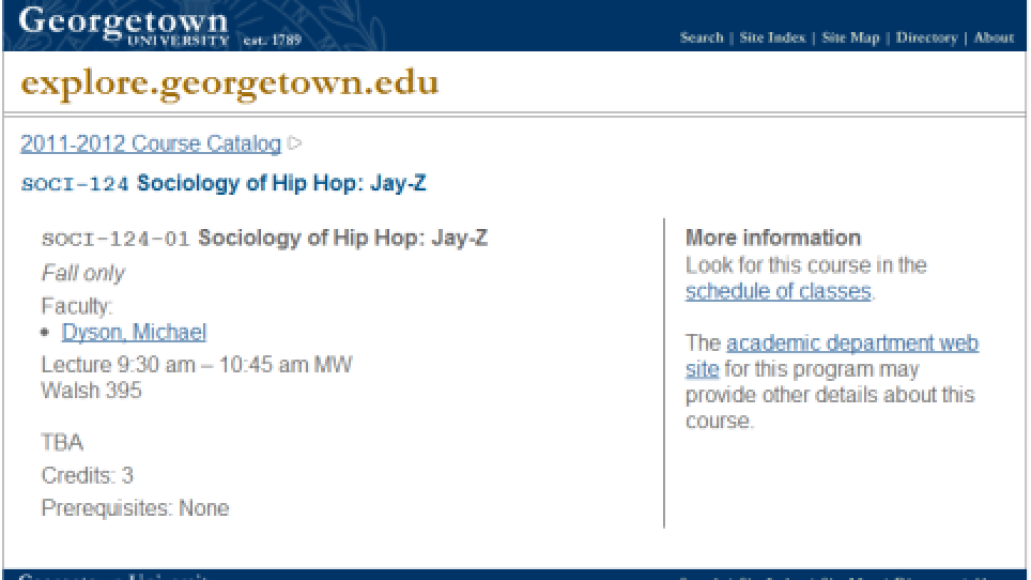 Rappers teaching university classes is nothing new (and yet still so hard to believe at times). However, there’s a new chapter in the saga of hip-hop in academia: this semester at Georgetown University, writer/educator Michael Eric Dyson is teaching the three-credit “Sociology of Hip-Hop: Jay-Z”, a class dedicated to all things Hov. Dyson, you crazy for this one!

Speaking to MTV’s RapFix at the a recent fundraiser for the Shawn Carter Foundation, Dyson explained the choice to tackle Jigga was based on the MC’s larger-than-life presence in the rap game. “Well obviously Jay-Z is one of the greatest entertainers of the world today,” he said. “Not only is he a remarkable rhetorical genius, he’s also a man of deep sympathy and empathy for those who are lost and vulnerable, but especially under-educated youth of all cultures and stripes.”

Dyson also mentioned that Jay-Z is a stand-in figure for a larger context and as a means for offering more varied study of black culture. “Well you know if you have an average size class of 30-40, and then you got 140 students signed up that tells you right there there’s an extraordinary interest,” he said, “I think that’s why it’s important for young people to see that the rhetorical invention of African American culture needs to be taken seriously with one of its greatest artist.”

If you’re wondering, course material for the class includes Jay’s Decoded, Adam Bradley’s Book of Rhymes, and Zack O’Malley Greenburg’s Empire State of Mind. Now, if someone could please offer a class on Run-DMC, we’ll be all set.