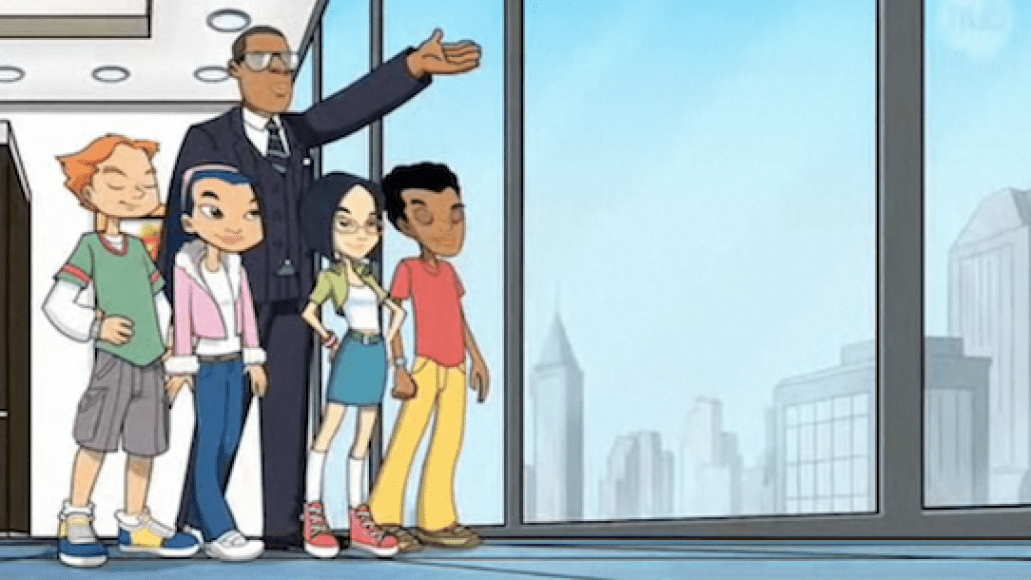 With a baby on the way, Jay-Z plans to put on the dad-pants early — albeit animated — and hit the small screen as a cartoon. However, unlike fellow hip-hop mogul Kanye West, who spoofed himself on The Cleveland Show, Hova will guest star on Warren Buffet’s new animated series Secret Millionaires Club as an industry titan, speaking about his success as a businessman and philanthropist.

Secret Millionaires Club was created in partnership with and voiced by [Warren] Buffett, one of the most successful investors in the world. The specials feature Buffett as an advisor to a group of entrepreneurial kids who learn through a series of adventures the basic principles about business, and discover that the most valuable investment they can make is an investment in themselves.

In the premiere special, “Be Cool to Your School,” Buffett gives financial advice to a group of teens attempting to raise money for their school and a trip to New York City. Buffett’s practical financial advice guides the teens as they form a Secret Millionaires Club to help others. Guest-starring in the episode is entertainment mogul and business entrepreneur, JAY-Z.

No word yet on whether or not we’ll see an animated infant Shawn Carter hustlin’ Brooklyn for some candy.

The episode premieres Sunday, October 23rd at 1pm ET on Hub TV. Below, you can check out a sneak-peak of the episode.