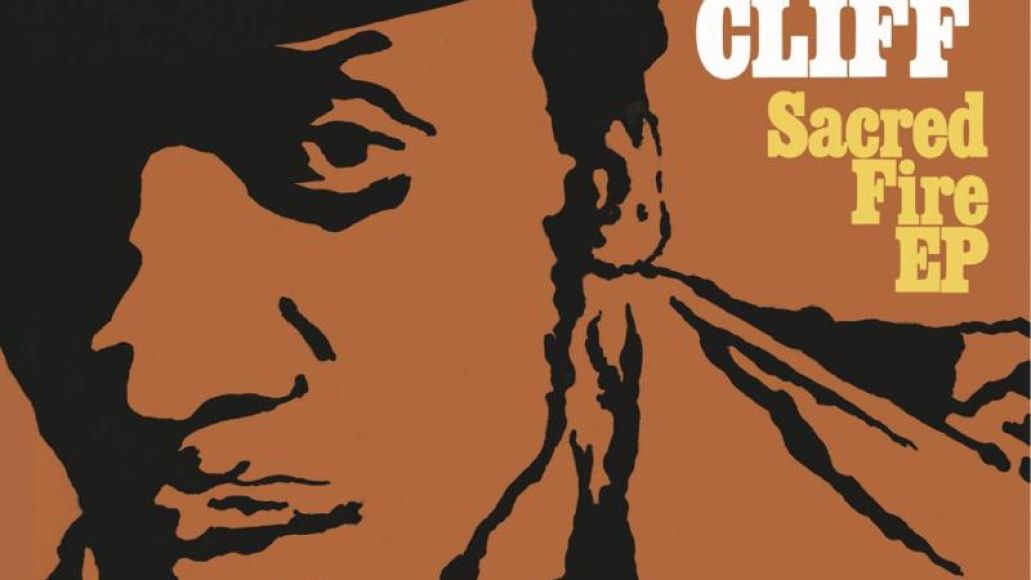 News of reggae legend Jimmy Cliff working with Rancid frontman Tim Armstrong first appeared back in August. With a full-length record promised in early 2012, an EP was mentioned for November. Now word comes that the EP Sacred Fire will come at us two ways: as a regular release and a Record Store Day “Black Friday” special edition release.

On November 25th, a limited edition 12-inch colored vinyl will be available exclusively for the RSD faithful. Braving the brisk, late fall weather will reap reward, though, as the song “World Upside Down” will only be included on this special, six-track RSD BF version.

Both editions of the album, however, feature a trio of covers: Bob Dylan’s “A Hard Rain’s A-Gonna Fall”, Armstrong’s own “Ruby Soho” from Rancid, and the previously released version of The Clash’s “Guns of Brixton”. Filling out the tracklist are two new, original Cliff cuts, which a press release says will keep with Cliff’s history of social justice, “addressing issues such as war, economical instability, and political hypocrisy.”

“Tim has such a great foothold in the tradition [of reggae],” Cliff said of the seemingly unlikely pairing. “He woke me up to a lot of the thing I had forgotten.” Below, you can get a titillating first-listen in the form of the “Guns of Brixton” cover, followed by the EP’s tracklistings. Collective Sounds will handle both releases.

Jimmy Cliff will also be headlining Los Angeles’ KCRW’s Are Friends Eclectic benefit concert at The Orpheum on December 2nd.