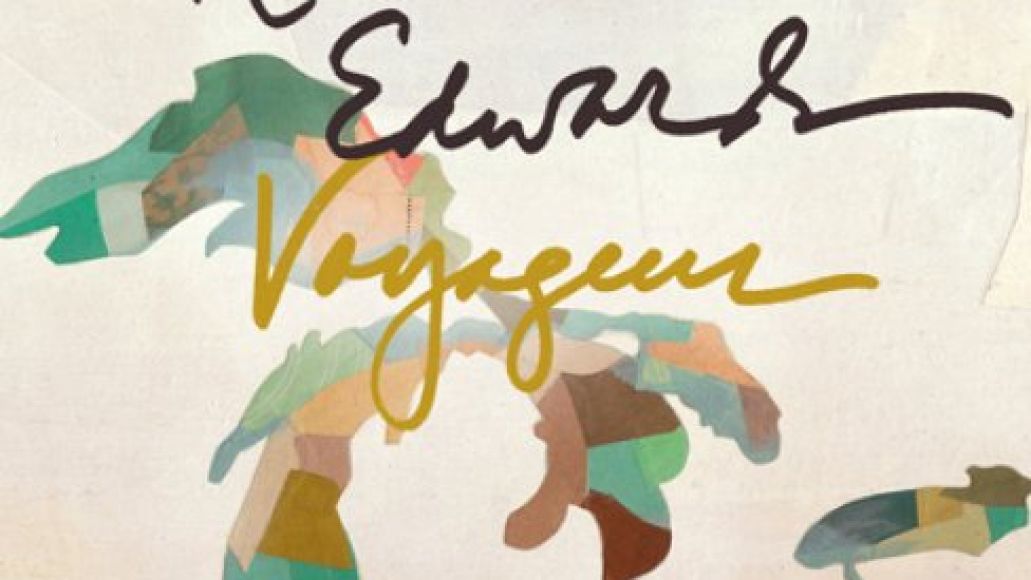 Co-produced by Vernon and Edwards herself, the record sees the Wisconsin resident also play banjo, guitar, xylophone, bass, and piano. Additional cameos include Norah Jones, Phil Cook (Megafaun), Sean Carey (also of Bon Iver), Stornoway, and Francis and the Lights. Of the collaborative-heavy effort, Edwards told Exclaim! that she allowed herself to make songwriting less of a secluded act. “For the first time, I was open to the idea of co-writing, and what had previously been an intensely private process became a challenge to see what would happen with an open mind to a different approach.”

Voyageur will hit stores on January 17th, 2012 via MapleMusic. Check out “Change the Sheets” once more below, followed by the tracklist and Edwards’ remaining tour dates with Bon Iver.