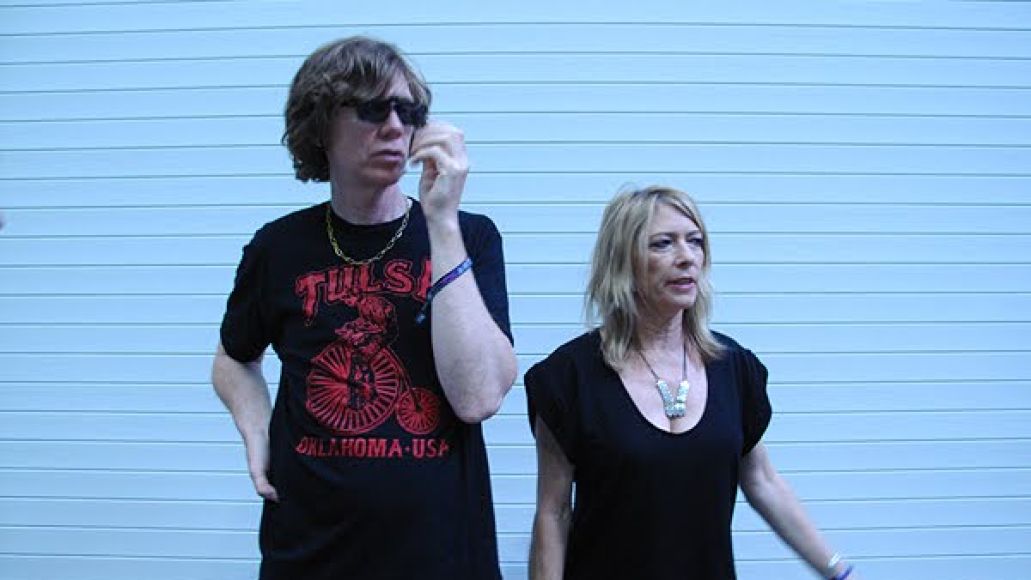 One of alternative rock’s most iconic power couples is no more. According to an issued press release, Sonic Youth’s Kim Gordon and Thurston Moore have separated, ending their marriage of 27 years. The press release adds that Sonic Youth will proceed with its South American tour dates scheduled for this November, though “plans beyond that tour are uncertain.”