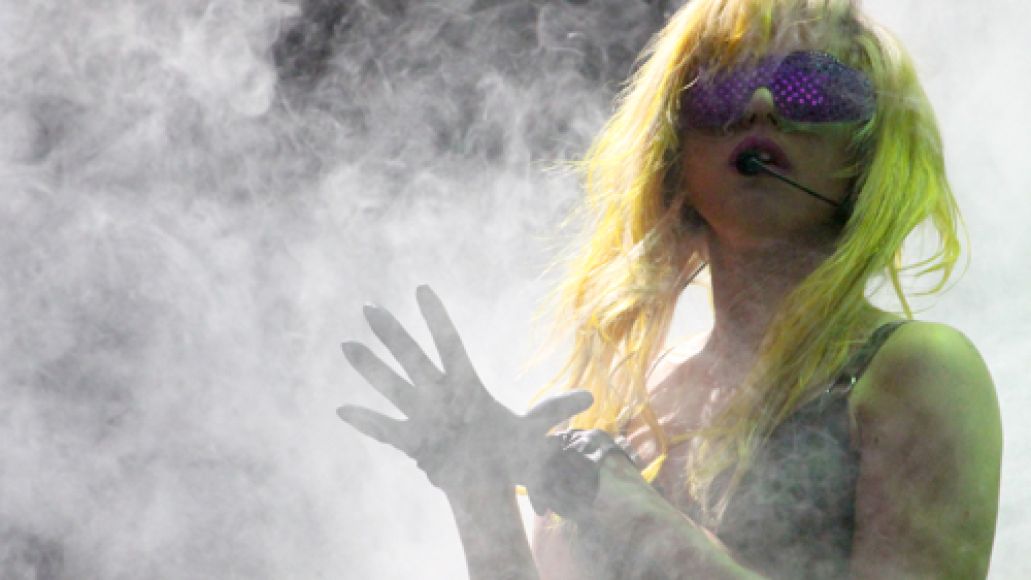 If Borders was still around, their ‘New Release’ section would full of Lady Gaga-related items on November 21st. That’s because the pop goddess has just announced a live DVD of her recent performance at Madison Square Garden, as well as a new remix album of her latest LP, Born This Way.

The DVD, aptly titled Lady Gaga Presents The Monster’s Ball Tour at Madison Square Garden, features exclusive, never before seen concert footage from Gaga’s performance on February 21st, 2011. The remix album, on the other hand, is a 14-track collection called Born This Way Remixes and features contributions from Foster the People, The Weeknd, and Michael Woods, among others.

Both releases will be sold separately as well as in a special package called Born This Way, The Collection, which also includes the album itself. Interscope Records will handle the release of all the configurations on November 21st. Also available on November 21st will be the new Lady Gaga photo book by Terry Richardson.