“I guess that’s how we behave here at The Greek,” Zach Condon said mid-way through the night, addressing he and his band’s relaxed demeanor at the legendary venue (yes, The Greek as in Get Him to the). Surely, one might (and some more than likely did) purport that their onstage etiquette was not as refined as it ought to have been for the nearly sold-out 5,700 capacity Greek crowd, or for the very stage itself, which is largely reserved for legends (on the agenda for the rest of this week – Merle Haggard & Kris Kristofferson, Brian Ferry, and Furthur featuring Bob Weir and Phil Lesh of Grateful Dead). But they seemed perfectly at ease on the stage, and I have an insight into why: They deserve every bit of it.

That’s not to say that Beirut went through the motions at The Greek in an entitled and irreverent way, only that they did it with the confidence of a band that has scrapped their way to the top and understands just how hard it was to reach this point. No, the fantastic scope of the Greek was not lost on Condon and his Balkan buddies. In regards to the prestige of the venue, Condon went on to say that he saw a picture a picture of “The Boss” backstage (referring to Springsteen’s 2006 performance at The Greek during “The Seeger Sessions Band” phase of his career), that “titillated him”, which he went on to jokingly explain is “how he always likes to feel before coming onstage”. 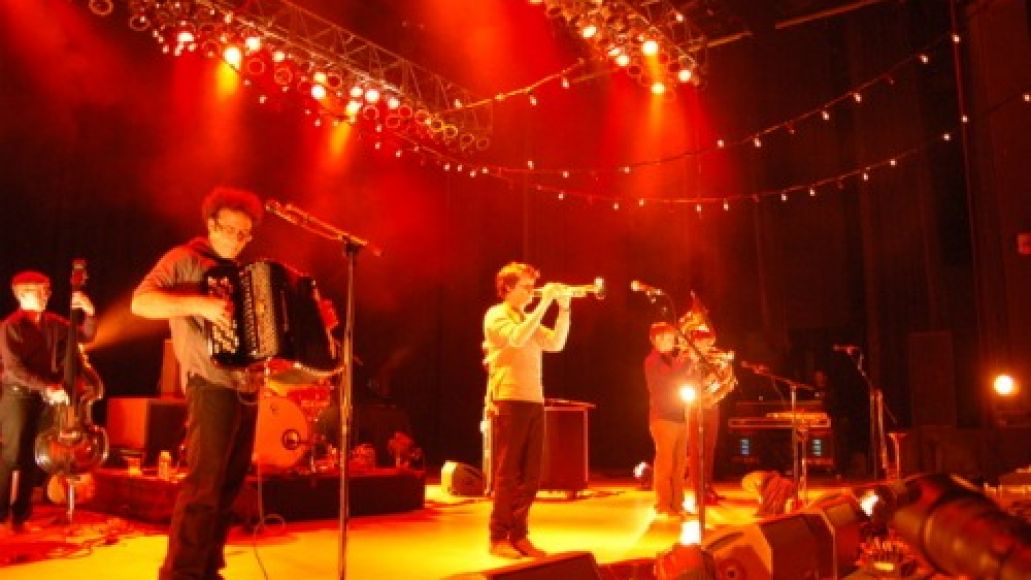 And it was with that same harmless boyish candor that Beirut presented themselves throughout the remainder of the night. Laidback, yet spot on in charm and in music. Every song was note-for-note perfection unless otherwise directed. They ran through a catalogue that was baffling to the casual listener, but incredibly rewarding for the fanatics. Their setlist was unlikely in many ways – first that they only played four songs from their most recent album, The Rip Tide, which was released not two months prior. This obviously was not a performance to showcase their newest effort, but one to celebrate their entire body of music.

They pulled here and there from their three full lengths, but delved into some deeper cuts with tracks like “Elephant Gun”, “Carousels” from their Lon Gisland EP, complete with the Lon Gisland version of “Scenic World”. They also reached deep into their pockets to perform a few songs from Realpeople Holland, the electronic portion of their 2009 EP. In all reality, it was probably a very strange setlist compared to what most bands do at this point in their career. For all intents and purposes, their set should have been comprised of mostly songs from The Rip Tide, with the hits interlaced throughout, but it was far from that, and I for one was very pleased and impressed by this fact. 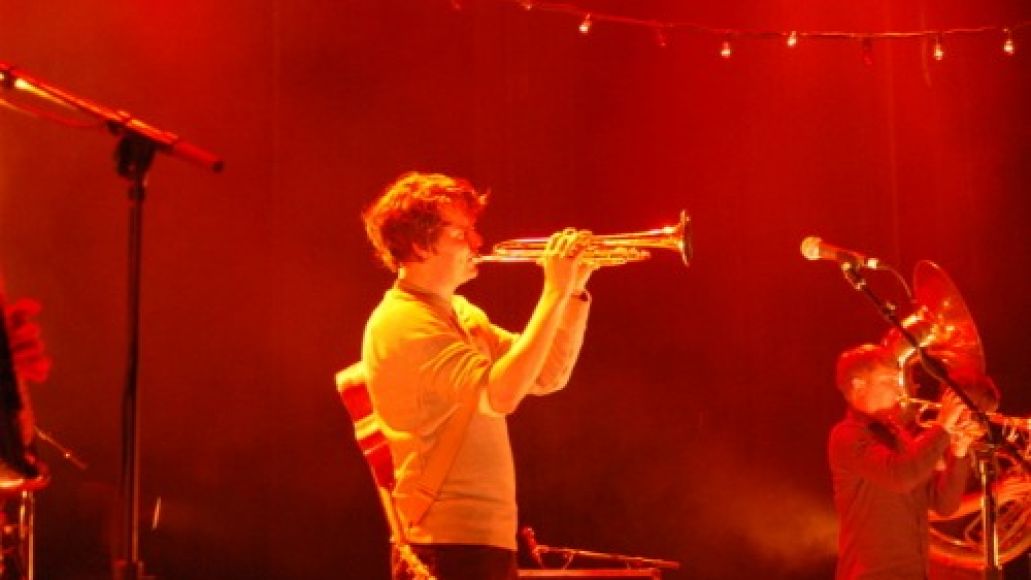 And I wasn’t alone, apparently. Whether it was the voracious screams and cat calls from the audience, or the people who took to the aisles and walkways to dance awkwardly along with the music that is sometimes anything but danceable, the entire audience at The Greek was completely invested in the performance. It was a swimming success despite (or maybe because of) their odd song choice. And do we even need to discuss how the music sounded? You know Beirut as well as I do, they were there note for note. Some of the songs were so perfect that it sounded like someone was just playing the studio version over the P.A., and at other times, they would de-construct a song and completely re-imagine it for the better. It takes a very talented group of individuals to be able to do both things, and that’s precisely what Beirut is: An incredibly talented group of musicians headed by an extremely potent songwriter with just the right amount of charm.