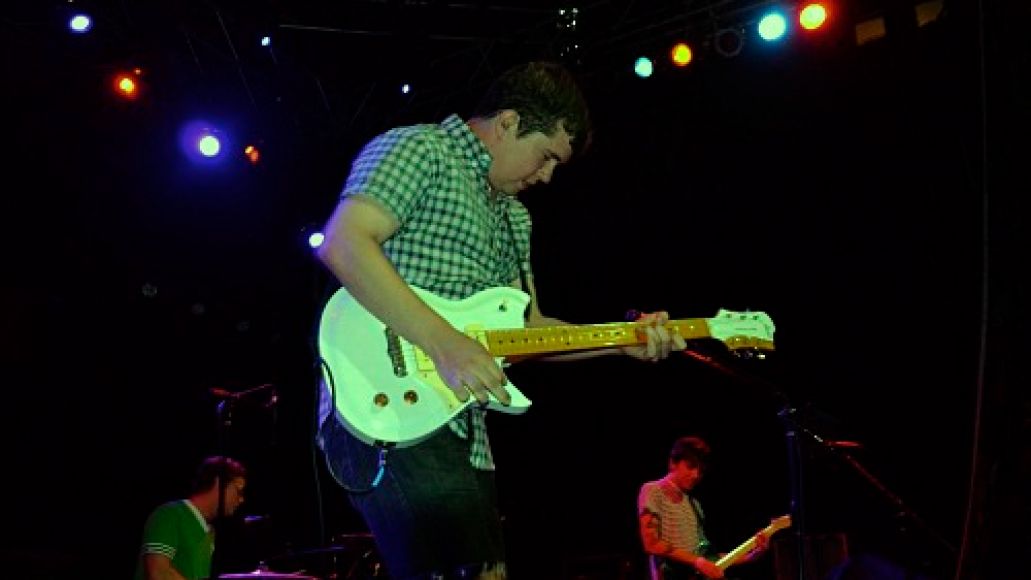 Hurricane season isn’t over for Florida. Leave it to a few indie rockers from the Pacific Northwest to prove that. On Saturday night, Death Cab for Cutie headlined an eccentric bill at Orlando’s House of Blues. Why eccentric? The likes of local boys Surfer Blood supported Ben Gibbard & Co., providing their beachy-flavored rock in stark contrast to the moody light alternative that would follow. Needless to say, there was enough gust from both outside and indoors to keep things stormy all night.

Once the audience dried themselves off from the evening downpour, Surfer Blood hit the stage, ready to warm ’em up. Astro Coast hits such as “Swim” and Floating Vibes” collided with the audience justly, though something was a tad off. Its energy felt unexpected. Frontman John Paul Pitts kept turning things up to 11, but the audience wanted it at a convenient eight, at least judging from their reception. And although frontman John Paul Pitts attempted to craft some form of electric intimacy by prancing about the stage, the local hero only got sympathy. Rest assured, he’ll get his respective fans when they open for the Pixies in the near, near future. 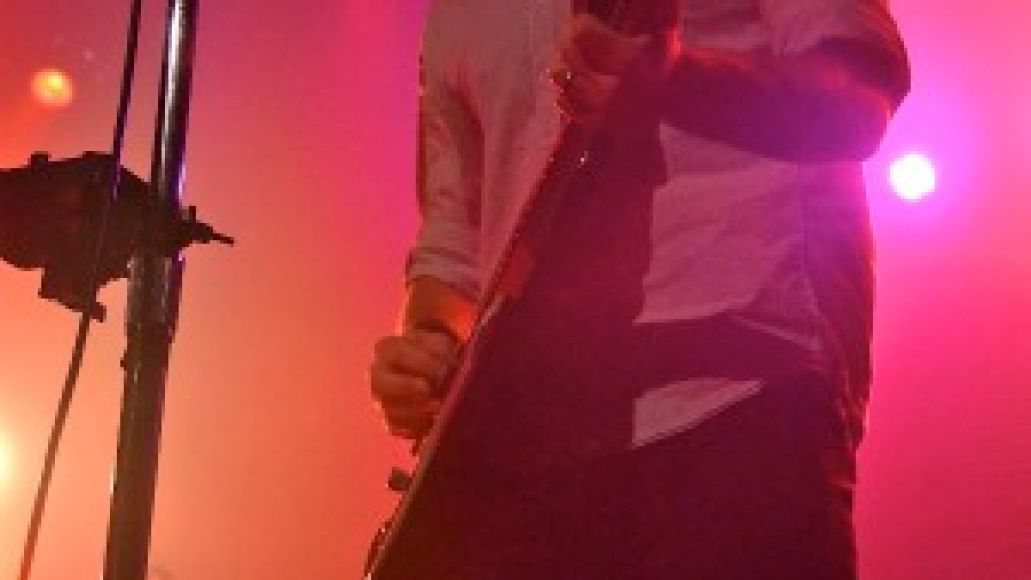 As for that aforementioned intimacy, Death Cab for Cutie conjured it up in no time. Moments after the house lights fell, hundreds of kids rushed the stage, spilling pricey beer and toppling over surrounding fans, all to catch a glimpse of Ben Gibbard, Chris Walla, Nick Harmer and Jason McGerr – you know, Death Cab for Cutie.

The longer jaunt of “I Will Possess Your Heart” tipped off the night, immediately followed by a slew of oldies, including “Crooked Teeth”, “Why’d You Want to Live Here”, and “Photobooth”. Few could complain at the group waxing nostalgic, at least for their back catalog. Yet, the set took a dramatic turn, from the energetic and upbeat to the sentimental and easy. Meditative hits like recent favorites “Grapevine Fires”, “What Sarah Said”, and especially the highly vulnerable (and always a tear jerker) “I Will Follow You into the Dark” rolled out like looming thunder. Sweet, soothing, yet sad.

But regardless of the heart aching lyricism, the boys worked with too much pep for the whole thing to depress. Thanks to newfound morphine injections of melody like “You Are a Tourist” or the always reliable “Sound of Settling”, few could stare at the ground for long. Then there’s the band’s chemistry and even wit. At one point, later on in the evening, Gibbard acknowledged the cancellation of South Florida’s Langerado – a festival they were twice billed, and twice canceled from – observing lightly, “We were supposed to play a festival and that was cancelled. We are sad. We’re happy to play with you though.” Given the shit weather outside, and the frantic yet amicable conditions inside, the feeling was most certainly mutual. Orlando got exactly what they wanted. Maybe more.

Setlist:
I Will Possess Your Heart
Crooked Teeth
Why You’d Want to Live Here
Photobooth
Doors Unlocked and Open
Long Division
Grapevine Fires
Codes and Keys
What Sarah Said
I Will Follow You into the Dark
Your Bruise
You Are a Tourist
The New Year
A Movie Script Ending
Company Calls
Soul Meets Body
Stay Young, Go Dancing
Cath…
We Looked Like Giants
The Sound of Settling
Encore:
Title and Registration
Brothers on a Hotel Bed
Blacking Out the Friction
St Peter’s Cathedral
Transatlanticism
——