As the crowd poured into Nashville’s Mercy Lounge, it was clear from the start that this Tuesday evening was to be one of excess: Free-flowing alcohol, absurdly poppy songs, nearly too cute male and female dual vocals, and, ultimately, an excessive amount of fun.

Opening LA quintet Milo Greene floored the audience with their soaring melodies and unbridled enthusiasm. Warming hearts with lines such as “I’ll go, I’ll go wherever you go,” and the vibrant chemistry between the multipart vocals, picking a definitive highlight of the brief yet impressive set was immensely difficult. The extended, rocking version of “1957” for the closer would be a definite candidate, though, as it left the crowd begging for another song and the set lists on paper plates.

Siblings Ethan and Barbara Gruska and their accompanying band, collectively called The Belle Brigade, took the stage next with their country-tinged pop. Barbara stole the show, as she emphatically danced around the stage with her guitar and later dominated the drums. A rousing version of “Happy Birthday” for Ethan snuck its way into the set list, as well as stunner “Shirt”, whose drastic tempo changes and tantalizing vocal harmonies commanded the audience’s attention, and crowd-requested closer “Losers”, which turned into a full-on dance party. 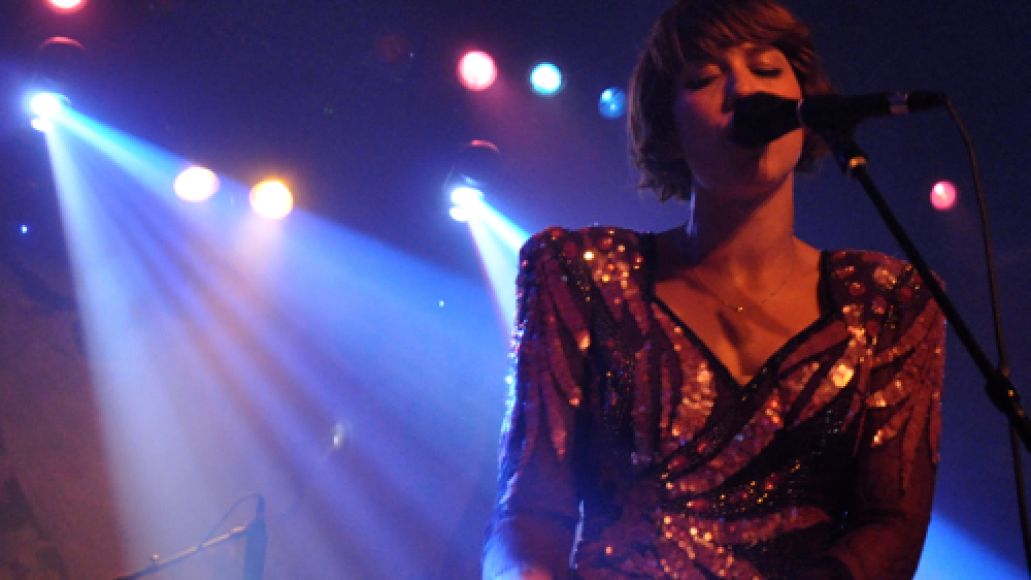 Finally around 11:00 p.m., Grouplove launched right into “Tongue Tied”, with vocalist Hannah Hooper thrashing around the stage, decked from head to toe in sequins. Lights of every color swirled together with fog, combining with the life-affirming shrieks of joy from all three vocalists to make it nearly impossible to not dance. The vocal performance was spot-on, the songs were littered with yells and handclaps, and they proceeded to blaze through most of their debut – this year’s Never Trust a Happy Song - without pause for a breath or audience chatter.

They made sure not to neglect their well-received first EP which circulated on their 2010 tour with Two Door Cinema Club, though, playing quality renditions of “Gold Coast” and “Don’t Say Oh Well” to the delight of dedicated fans. The night appropriately ended with the popular single “Colours”, whose shouts of color names were enthusiastically botched by the audience. It didn’t matter though, as everybody was having too good of a time to really notice. 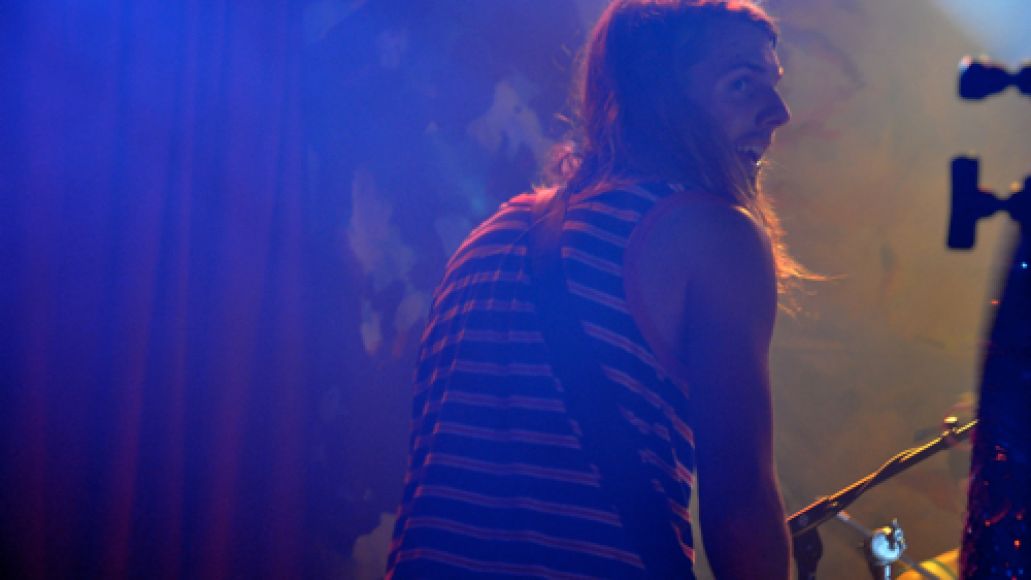 Other than that, between being completely soaked with sweat, a ukulele solo in the heart of the crowd, demanding the audience howl like coyotes to recreate the recording of “Close Your Eyes and Count to Ten”, and clearing the stage for Hooper to paint a picture for the crowd at the end of an extensive instrumental conclusion of “Time”, Grouplove’s set was as much about their energy and antics as it was the music – which only made the music even sweeter. The band proved to be the embodiment of the cheery messages (such as “Love will save your soul”) that they emphatically share with the world. While they also convinced many that they know how to put on a damn good show.