Toward the end of a two-plus-hour set Friday night, Smashing Pumpkins frontman Billy Corgan pointed up to a side balcony and proudly announced, “There’s my brother, Jesse.” Cheers went up from the crowd, big waves from Jesse. Then Corgan jokingly demanded, “Where’s your father? He’s drinking? He’s smoking weed?”

Genuine enjoyment pulsed through this tireless homecoming show for Corgan, who grew up in a suburb by O’Hare and was clearly feeling in his element. He teased. He improvised. He wailed, “Oh, Chicago, I’m coming home to you!”

“In Milwaukee, I couldn’t make those jokes,” he told the audience. “In Chicago, I can make those jokes.” His hometown pride culminated in the encore, which he gave over to a reunion of the local band Catherine, old friends of his back in the day. It was the group’s first time onstage together in 16 years. “Like a fine wine we are not,” cracked one of the Catherines between songs. (Self-deprecation aside, Catherine still has thunder.)

The Pumpkins continue in name only at this point. Gone are D’arcy Wretzky and James Iha — and their original replacements. Corgan now performs with musicians who, when Siamese Dream was recorded, were in middle school (or preschool, in baby-faced drummer Mike Byrne’s case). How much this even matters is debatable. Smashing Pumpkins has always been Corgan’s show. 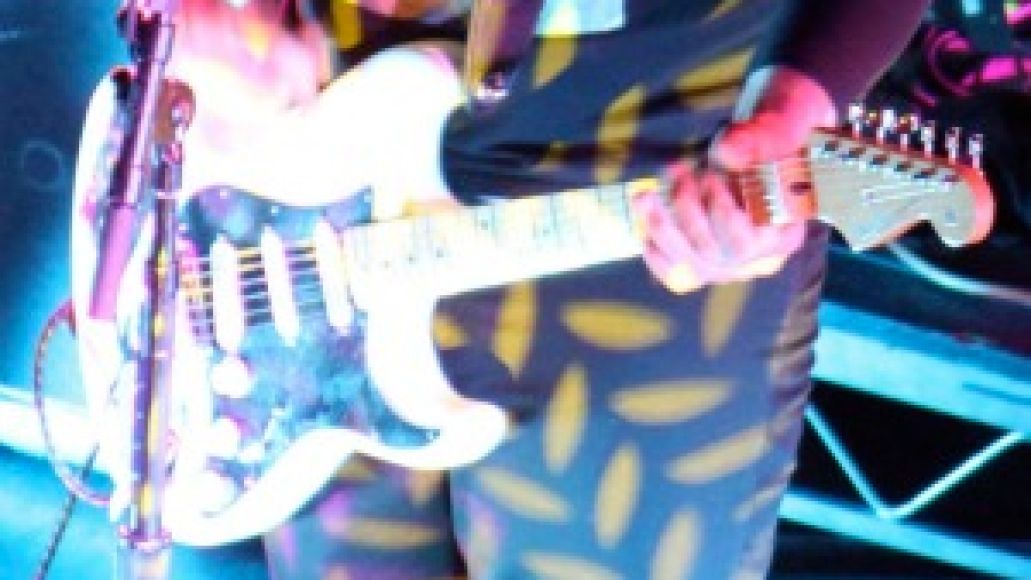 Like many in the audience around me, the Pumpkins made some of the defining music of my teenage years (Mellon Collie & the Infinite Sadness came out when I was in 9th grade), but this was my first time seeing Corgan perform. I didn’t expect him to be so jovial and… hammy? There’s this hint of ham to his stage persona, a goofy theatrical element. Out of nowhere at the end of “Silverfuck”, he grandly started rattling off tongue twisters “Peter Piper picked a peck of pickled peppers” and “She sells seashells by the seashore,” either for his own amusement or the band’s.

So, I suppose it comes as no surprise that Corgan loves professional wrestling, that glorious spectacle of athletics and theater, and is starting a pro wrestling company, Resistance Pro. Cards advertising Resistance Pro were passed out in the lobby (“Join the resistance or be left in the dust”), and Corgan wore the company shirt. The first showdown is November 25th at the Excalibur Nightclub in Chicago.

Corgan went for spectacle Friday, too. Surrounded by a phalanx of flashing lights, the band performed in front of a crinkled curtain of gold streamers (the kind that burlesque dancers and men in top hats burst through).

The set followed Andy Warhol’s maxim, “Always leave them wanting less.” For the casual or impatient fan, it may have dug too deep into the lesser known and less headbanging songs in the band’s catalog. Ninety minutes in, as Corgan was singing the line “If you have to go, don’t say goodbye” from “For Martha” off Adore, two guys seated behind me grumbled and got up to leave. Too bad. They missed the song’s haunting reflection in full, led in and out by Byrne, who stepped out from behind the drums to play the honeyed keyboard intro and outro.

But Corgan hasn’t softened. The band didn’t neglect faster material. A steady crush of bass and galloping drums juiced the audience. “Cherub Rock” practically jumped out of its skin. Songs charged one to the next. “Soma” arose like a soul reborn out of the murky rumble that lingered after “Lightening Strikes”. On “Siva” and others, Corgan and guitarist Jeff Schroeder keened and dueled in nimble guitar harmonizing. 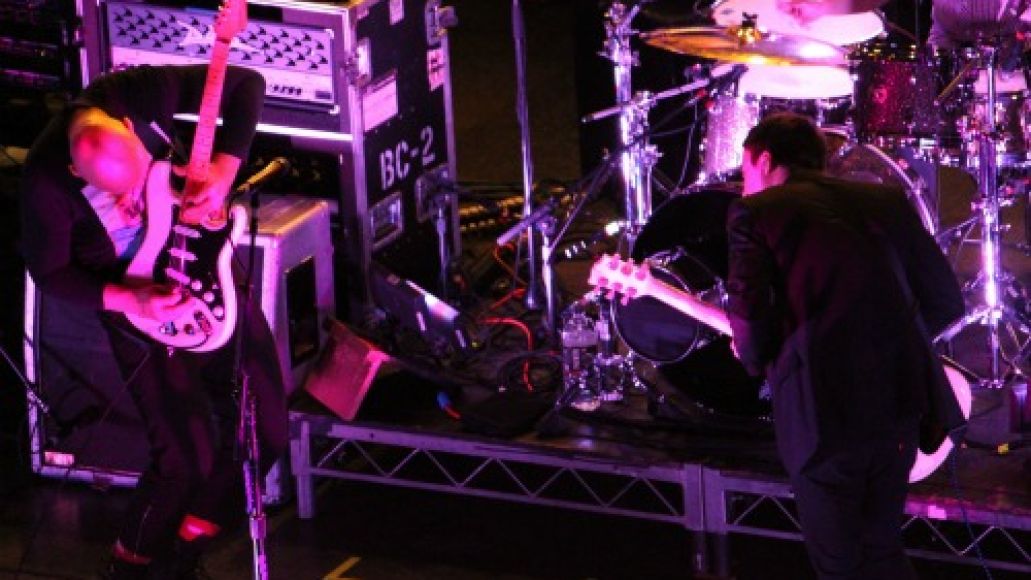 After Catherine’s mini-reunion, Corgan and Co. lit into “Bullet with Butterfly Wings”, the final song of the night, at a unreasonably frantic pace. His brother hung over the balcony and air-drummed along, but the music thunked and hiccuped like an off-kilter load of laundry in its spin cycle. The song seemed like a chore for Corgan. The world is still a vampire, but he’s no rat in a cage, at least not anymore. So it is — and should be — when you’re 44 years old and at home.