Somewhere between touring for Actor and this present set of dates, St. Vincent amped the theatric quotient. Last night’s gig at Chicago’s Metro made this certain. The bank of serious (and seriously cool) stage lights had something to do with it, but the sheepish grin that often decked Annie Clark’s face was gone, replaced with something more akin to a smirk mashed together with a grimace. The flashes of sputtering guitar hammering that once peppered her set gleefully now seem menacing, ominous. Complete with a new set list, a new backing band, and a bigger audience, the show has taken on some severe changes in tone.

Welsh guitarist/vocalist Cate Le Bon received a warm response to the first few songs of her opening set, but the audience’s patience seemed to disappointingly wear thin as time went by. Her simple guitar patterns and rich voice were something akin to Sharon Van Etten, but complete with a dark Nico turn, and a penchant for grand lyrics. Talk of the “clouds of crete” and “rocky cliffs” backgrounded some big emotional moments. After completing one particularly strong track, Le Bon explained its genesis: “That’s a song I wrote about a dog I fell in love with on an island,” she nodded. “Don’t laugh, it’s true.” While for other singers that might come off as archly ironic, this rang as true as she claimed. 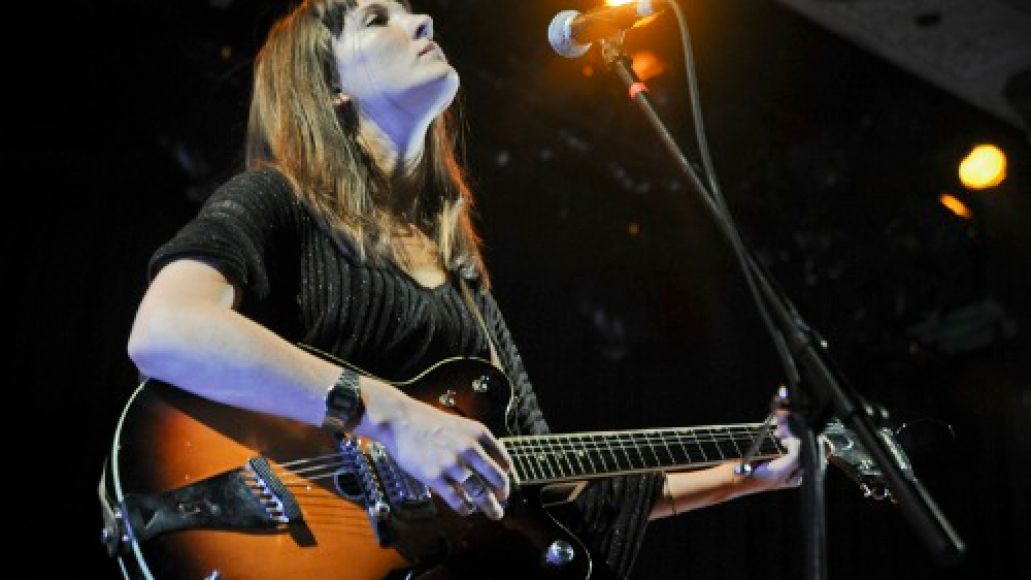 But, the talking rose both in quantity and volume, the anticipation for the headlining set mounting and mounting. And no matter how many complaints were overheard because of the long wait between sets, everyone shut up as the opening peels of “Cruel” rang out over the billowing clouds of smoke machine fog. The grandiose chorus of “Cheerleader” was similarly affective, washes of purple and yellow light tipping up and down.

“Let’s just break the ice,” Clark beamed. “I’m fucking glad you’re here.” The shouts from the sold out crowd whole-heartedly agreed, and “Save Me From What I Want” (from 2009’s Actor) and its techy, grinding guitar solo received one of the biggest shudders of applause of the evening. “Chloe in the Afternoon” had all of the drama it does on record, here complete with a low, David Lynch-ian strobe to set off Clark’s wicked stabs at her instrument. 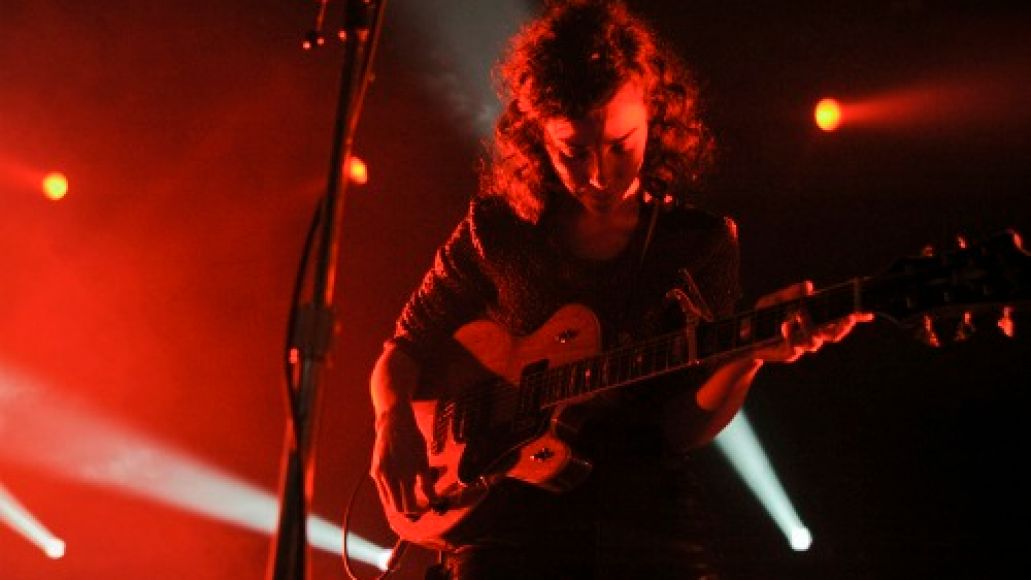 While the mic was turned too low to catch the few moments of banter that Clark allowed, one anecdote about a friend’s former boss trying to redo her apartment in a way that was “just the same, but all brand new” caught a few laughs, leading directly into the similarly titled Actor track. The sort-a title track from that album came off well too, especially as Clark burst into a scream at the song’s conclusion.

There was, beyond the more theatric flair to the set, significantly less guitar. Backed this time by two synth players and a drummer (whose bass drum may have been the loudest piece of equipment on stage), Clark’s notable shredding was held at a decent clip. While any more may have been overkill, the twisting, turning hammers of the Strange Mercy title track could argue for it. A cover of The Pop Group’s “She Is Beyond Good and Evil” was entirely spot on, the four musicians suddenly sounding like an out and out rock group, Clark rip-roaring about beds of nails and antidotes. 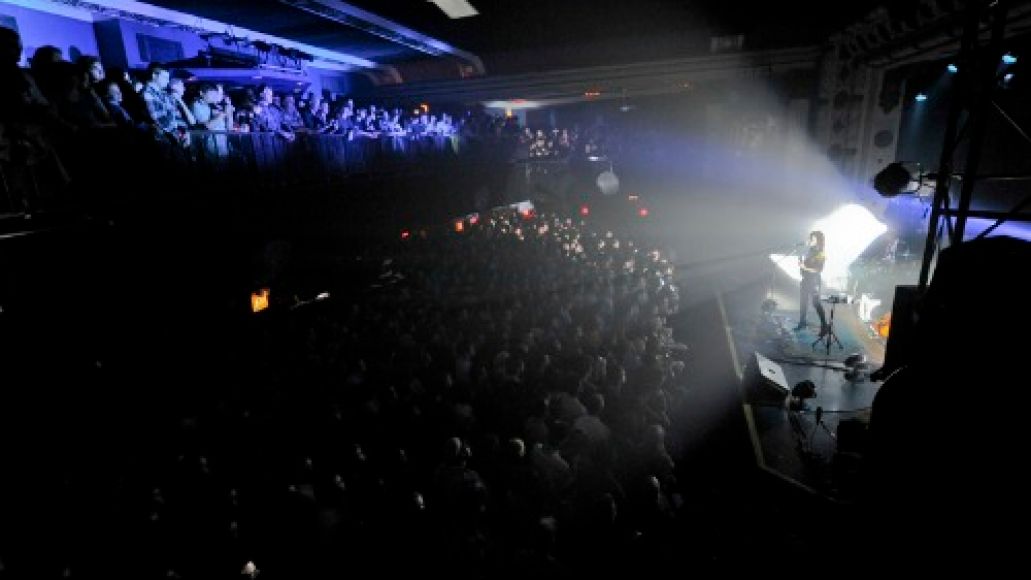 The crooning, paranoiac “Year of the Tiger” may have been the strongest moment of the set, but closing immediately after with “Marrow” may have cast a bit of a shadow on that. The old song sounded fresh with the assistance of the two synth players, one almost remixing the track’s string and percussive elements.

The encore of “The Party” and “Your Lips Are Red” proved a bit of an anti-climax, the former showing off Clark’s voice beautifully, but lacking any real musical punch, and the latter taking on a dazed, sexy blues tone, losing the punchy horns that the last tour’s backing band utilized to make that song such a live winner. However, the smiles throughout the crowd and one of the loudest slow-claps I’ve heard at the Metro proved that no one here was complaining, glad to get whatever version of St. Vincent they could.

Setlist:
Cruel
Cheerleader
Surgeon
Save Me From What I Want
Chloe
Actor Out of Work
Dilettante
Just the Same But Brand New
Champagne Year
Neutered Fruit
Strange Mercy
She Is Beyond Good and Evil (Pop Group cover)
Northern Lights
Year of the Tiger
Marrow
Encore:
The Party
Your Lips are Red
——