One of the most brilliant conceptual artists in the music scene today, Anders Trentemøller and band delivered a devastatingly poignant performance on Saturday night. They’re an act only so appropriate for The Fillmore, a cherished San Francisco venue known for billing psychedelic-era bands like Jefferson Airplane, The Grateful Dead, and Jimi Hendrix. With walls colored crimson red and chandeliers overhead, the crowd was suspended in time and space, awaiting the opportunity to witness history reborn on stage. 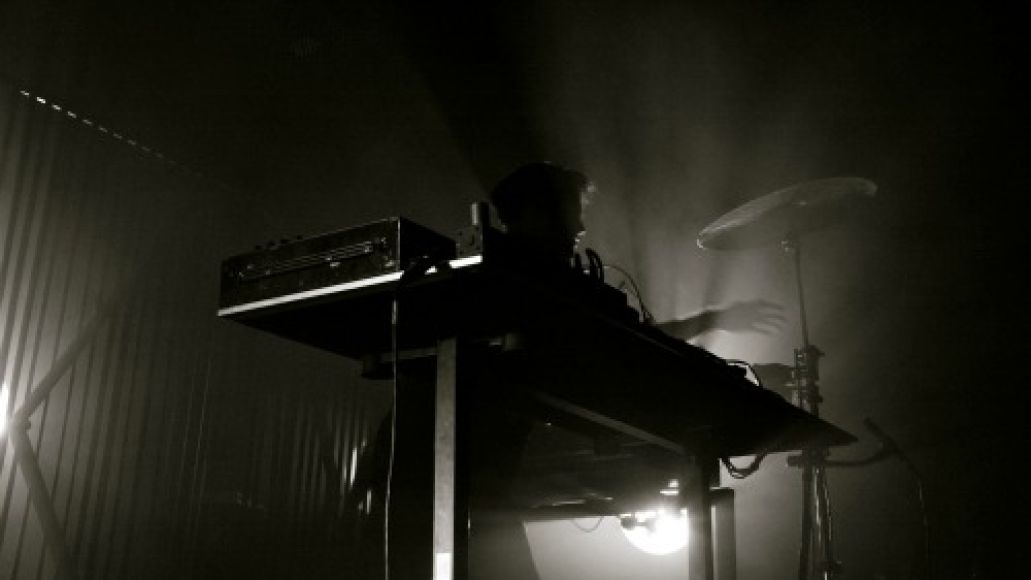 Trentemøller released his debut album, The Last Resort, in 2006. With tracks like “The Very Last Resort” and “Moan”, there is an evident desperation in his music, a need to reprieve from solitude while also accepting it as the means of our human condition. His tone on this album is profound, heavy, and sounds similar to that of Ratatat’s self-titled 2004 debut. There is a perceptible severity in the music that I think comes naturally when an electronica band is trying to establish its niche; they want to be taken seriously as musicians, and thus render a sound that is carefully articulated. The title of Trentemøllerr’s 2010 effort, Into the Great Wide Yonder, could not better describe its intrinsic aim as a means of exploration for the band. Experimental and complex, as “The Mash and the Fury” and “Shades of Marble” clearly evidence, the band’s new sound retains its heavily layered composition, but endeavors away from the morose body of synths that characterize their first album. 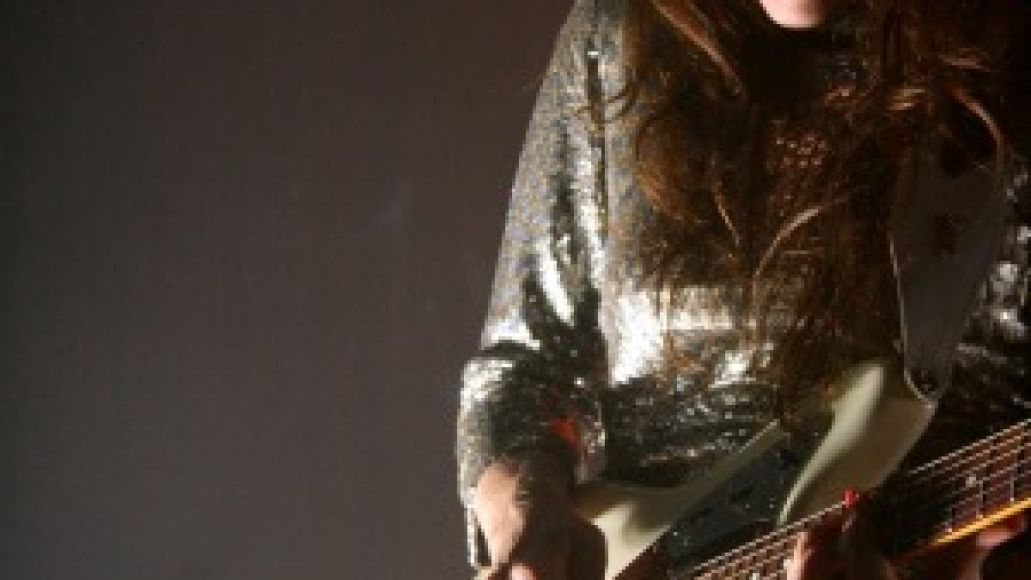 The band — which is composed of Trentemøller behind the keyboard and switches, Henrik Vibskov on drums, Mikael Simpson on bass guitar, Lisbet Fritze on electric guitar, and vocalists Josephine Philip and Marie Fisker — started their set on Saturday enclosed by brass-colored prison bars. Behind their imposed entrapment, they played their first song, “The Mash and the Fury”. A triumphant and thrilling rendition, it began with all of the characteristic synth TrentmÃ¸ller is known for, while suddenly inserting electric guitar riffs into its chorus. The shattering sound of electric guitar distortion paired with heavy electronic beats numbs your senses into submission — the band’s entire performance, from this first song onward, was original, unexpected, and passionately heartfelt. The crashing delivery of the song was like a declaration against the walls that surrounded the band, and while transitioning into another equally powerful track, “Shades of Marble”, the bars started to descend down into the stage. Again, electric guitar riffs scissored through the song’s chorus, played beautifully by Fritze.

During “Past the Beginning and the End”, white screens rose from the stage to reflect a series of lights that resembled falling autumn leaves. Imagery and sound were utilized perfectly during the band’s set to create the most basic human fascinations, to replicate how we feel dually infatuated and confounded by nature, love, and death. It is music’s connection with these most humanistic and basic concepts that creates our link to its sound. “Vamp” was a highlight of the show, complete with all of the grinding, gritty, and seductive tenacity of the original. It was after “Vamp” and “Tide” thatTrentemøller started to dare the audience to emerge: he wanted us to do more, to be louder. The farther we would be willing to go as an audience, the farther he would take us. 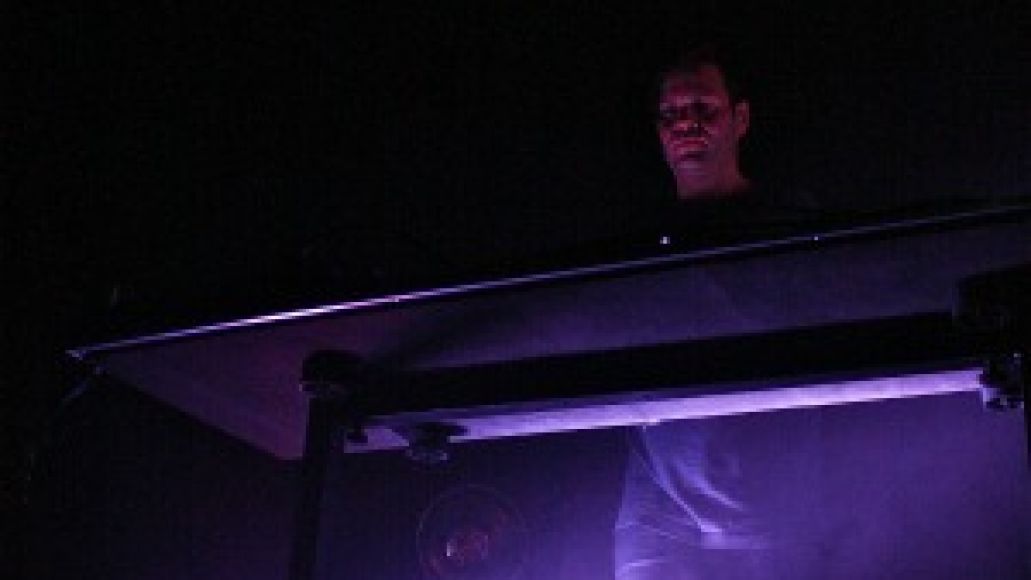 During “Miss You”, the concept behind Trentemøller’s set was at last achieved. The prison bars again emerged to strangle and surroundTrentemøller, while all other members of the band left the stage. The song’s sound was one of isolation and contemplation; the prison bars represented a self-imposed exile. FollowingTrentemøller’s xylophone solo, the band again rejoined him for “Take Me Into Your Skin”, and the prison walls simultaneously began to descend once more. This reunification, the way that the physical and symbolic walls were rising and descending during the band’s set, represented the beauty of humanity, companionship, and relationships.

Moving from simplicity to complexity, disintegration to renewal, this transition onstage could be interpreted as the intellectual, spiritual, and musical growth ofTrentemøller during his life. Just like the inspiration behind Pink Floyd’s The Wall, which both audibly and visually depicts the birth, maturity, isolation, madness, and indoctrination of Roger Waters’ fictional muse, “Pink”, those in attendance were taken through Trentemøller’s metaphorical revival. Visual features of the show, such as the emergence and removal of the walls, were all too similar to the crumbling of “The Wall” during Waters’ live performances of his masterpiece. The conceptual artist clearly has not died, andTrentemøller and band delivered their set masterfully while also daring us to delve into our own darkness. From this darkness, though, can perhaps emerge beauty, and Trentemøller’s set was a vivid depiction of both.

The Mash and the Fury
Shades of Marble
…Even Though You’re With Another Girl
Sycamore Feeling
Past the Beginning and the End
Vamp
Tide
The Very Last Resort
Miss You
Take Me Into Your Skin
Moan
Encore:
Silver Surfer, Ghost Rider Go!!!

Live Review: Trentemøller at The Fillmore in San Francisco, CA (10/29)