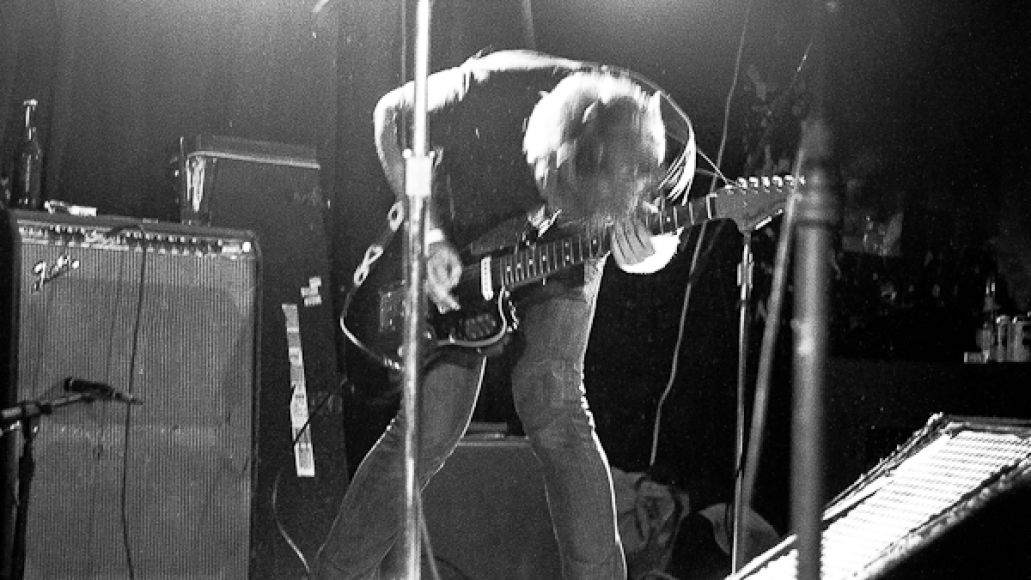 Ty Segall’s latest album Goodbye Bread received a lot of well-deserved critical attention earlier this year, but in a way, it left his live show in limbo. The 24-year-old San Franciscan had been bashing out energetic, mosh-filled shows built from his garage stomp catalog and a few well-placed covers. But Goodbye Bread is a thoughtful record– not slower or less energetic, exactly, but one where he leaves himself more room for vocal nuance and doesn’t scream quite as often. It’s a sizable aesthetic jump from Goner Records to Drag City. So how would he present those songs in a live setting?

Going on immediately after the Ramones’ Rocket to Russia hung over the audience on the PA, Segall didn’t waste time letting people know what sort of show it would be. He opened his sold out set at Chicago’s Empty Bottle with “Goodbye Bread”, a track that had Segall cooing the chorus on the original version. Instead, he picked up the tempo and he half-growled all of the lyrics. And it worked. No, it’s not exactly the same when you hear Segall sing the macabre “Who sings the song when we’re gone,/Won’t you sing along?” with a punk spit versus his vulnerable falsetto, but it’s a satisfyingly irreverent teaser for the rest of Goodbye Bread. 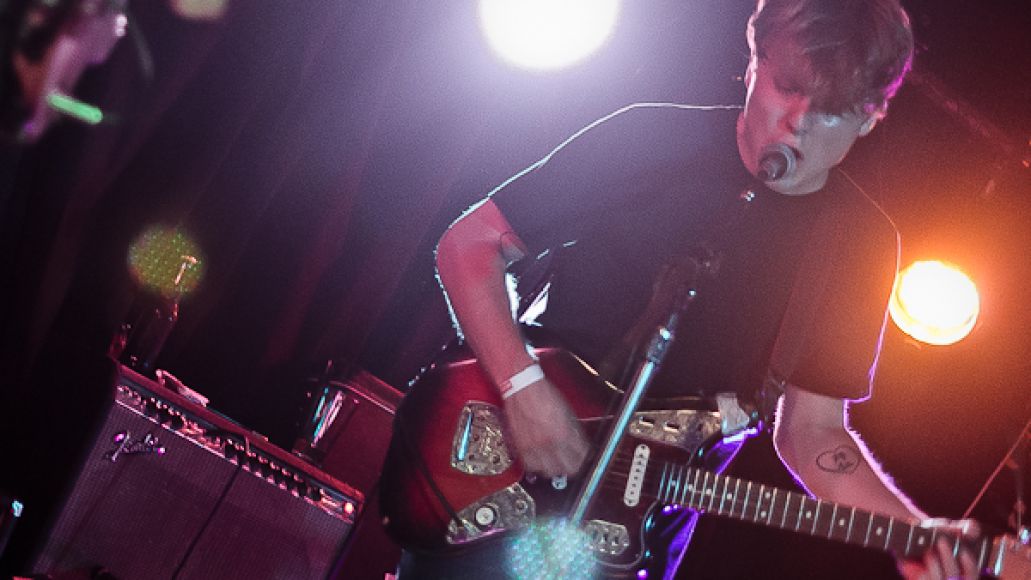 And of course, he didn’t stick to material from the new album by a long shot. Immediately after, he dove headlong into Melted, opening with “Imaginary Person” and subsequently ripping through “Girlfriend”. And while the crowd was clearly pumped for “Girlfriend”, it’s only about two minutes long, so a much bigger pit formed for the slow building “Finger”, which opened with Mikal Cronin and Segall’s gentle falsetto harmony. But when drummer Emily Rose Epstein bashed into the song, she made it markedly faster.

Segall’s band for this tour is comprised of his longtime friends– Epstein, as well as two of his former Epsilons bandmates and current members of The Moonhearts, Charles Moonheart and Mikal Cronin. Cronin himself was the opening act, playing songs from his solid new self-titled record, as well as a cover of “Shake Some Action” with Trouble InMind/CoCoComa’s Bill Roe. And Cronin’s band of six people were an excellent show opener, busting in with “Is It Alright”, flute solo and all (apparently Cronin’s first time playing live with a flautist). It’s a record that deserves the proper live treatment, and it was well done, to say the least. 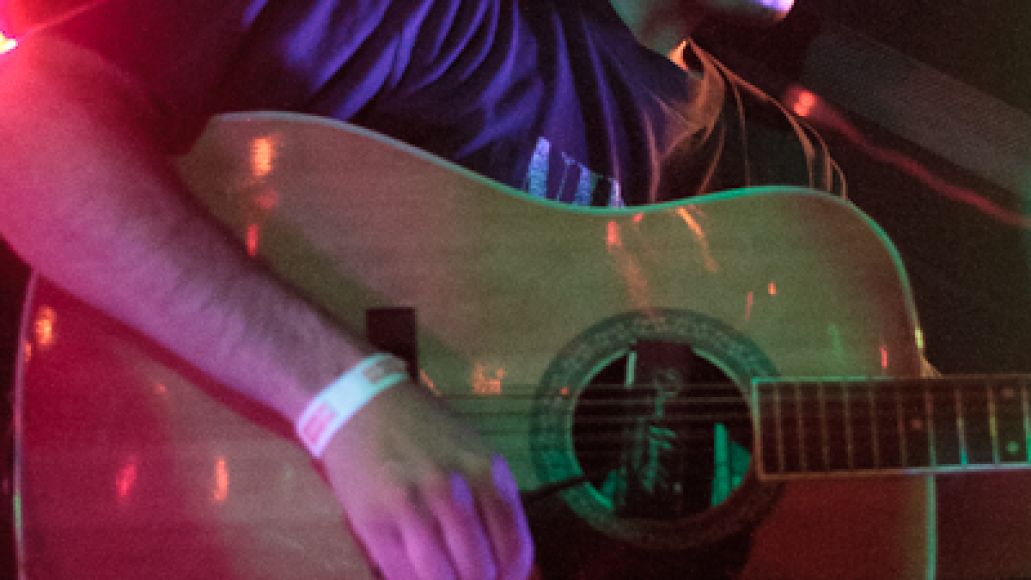 But Segall stompers like “Standing at the Station” and “My Sunshine” won the night. Segall thrashed around the stage, hunched over the microphone, and barked the lyrics to his songs. It was a punk rock spectacle. And Segall, never a closet fan of ‘70s metal, closed with a cover of “Paranoid” that ignited an elated mosh pit.

It was a set where he dipped into some of his oldest songs (“The Drag”) and growled out some his newest songs (“Comfortable Home”). He covered two T. Rex songs, and during “Get It On”, he abandoned the second verse in favor of throwing his fist in the air several times and screaming “YEAAH!” And maybe more than anything, it was nice to see him having fun in Chicago, a place he called his second home (which he reasserted after the crowd called BS). And even while he was playing the new stuff, he was giving it the same punk snarl from his 2008 self-titled. What a great show.

Ty Segall Setlist:
Goodbye Bread
Imaginary Person
Girlfriend
Finger
Standing at the Station
You Make the Sun Fry
My Sunshine
My Head Explodes
Comfortable Home
The Drag
20th Century Boy (T. Rex)
Get It On (Bang A Gong) (T. Rex)
Caesar
I Am With You
Encore:
Paranoid (Black Sabbath)