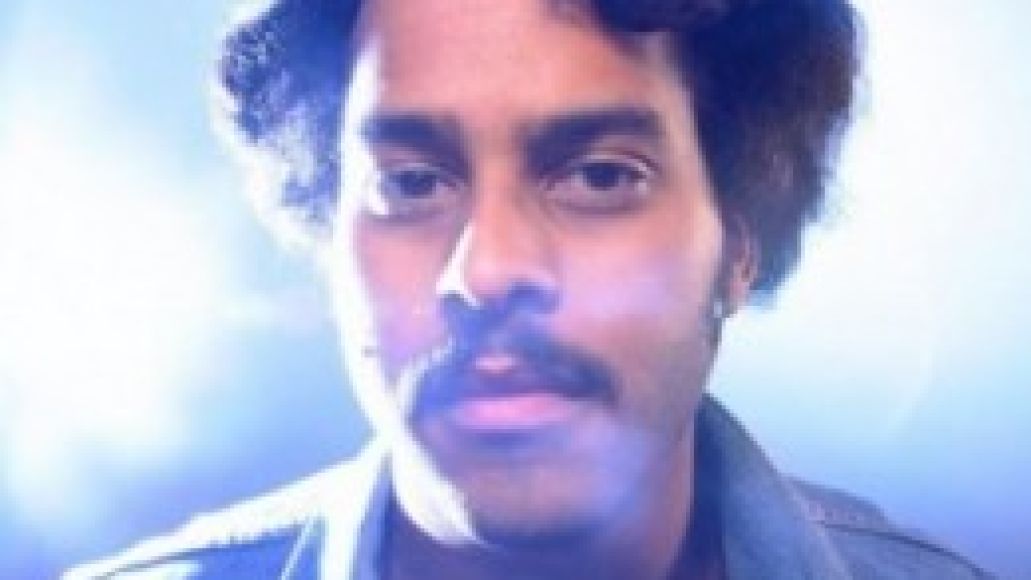 For the past few months, AC Entertainment has been surprising festivalgoers with the ever-evolving lineup for their second annual Asheville-based Halloween extravaganza, Moogfest. From now until the weekend of the festival, we will sporadically put the spotlight on some of the talent that can be found on this eccentric lineup. Today, we feature George Lewis Jr., better known as Twin Shadow.


George Lewis has had a busy year. From opening for Florence + the Machine to playing festivals the world over, Twin Shadow hasn’t stopped since the release of his stellar 2010 album, Forget. He’s still on the road, but after this tour – which ends at Moogfest – he’ll be done for a while and will finally have a chance to breathe. It’s fitting that the tour should end at Moogfest, as his synth-fueled, low-key 80’s flashback style of music is perfect for the festival. Be sure to catch his show on Saturday Oct. 29th. You wouldn’t want to miss out on seeing what hairstyle he’ll be sporting, would you? CoS had a chance to chat with Lewis about his tour, the legacy of Bob Moog, and that wicked haircut.

First off, how’s the tour going?

It’s going awesome, man. We’re having a great time, and today’s our day off. We played last night in Atlanta, and it was great.

I read an interview where you said The Earl is one of your favorite places to play. Was it as good as usual last night?

Yeah. It was great. The people there are amazing, and I just really love playing there.

It seems like you haven’t stopped touring at all this year. Do you have plans to take a break soon?

Yeah, after this tour. This’ll be the last tour for this record. After that, we’ll go back to making another record.

When do you think we’ll be hearing that?

Oh, I don’t know… hopefully early next year. Something around there.

Earlier this year, you opened for Florence + the Machine, right as she was sort of skyrocketing. What was that experience like?

It was great. It was great to have played for her audience. I think we learned a lot playing those big shows. I think the biggest thing was just seeing the level of professionalism from her and her crew and how they do things. That’s a good thing to aspire to, to be able to have a big crew on the road with you.

How has your own live show improved since you first started?

Oh, man, all kinds of ways. The players are great… just everything. Building an audience, knowing what songs work in which part of the night. Your nerves kind of… you know, we used to get winded playing a 30-minute set. Now, we can play for an hour with no problem. Things like that.

Have you ever been to Asheville before?

Oh, yeah, for sure. It was nice. We played one of our first shows ever on tour there at The Orange Peel. It was cool. I think North Carolina is beautiful, and I’m actually really looking forward to going to the Moog factory.

What are your thoughts on the legacy of Bob Moog and this festival that celebrates his life for one weekend every year?

Well, we’re all huge, huge synth fans. You know, synthesizer is a huge part of my music, so we’re generally excited about everything that he’s done with that company. We’ve met some people over there at Moog, and they’re all great people. They’re a company that really cares about what they’re making, and that’s exciting.

If you could collaborate with one artist on the Moogfest lineup, who would it be?

Oh, man, I actually can’t remember who all is gonna be there. Is Toro y Moi playing?

Yeah, he’ll be there.

Well, then, yeah, Chaz [Bundick] is a great guy, so I’d love to make some music with him.

What about Chris Taylor, who produced your record? He’ll be there playing as CANT. Think you’ll have anything going on with him that weekend?

Oh, yeah… maybe I’ll jump on stage with him. I dunno. We’ll see. I helped with the songs, but I haven’t learned how to play them.

What’s different, for you, playing at a festival like Moogfest, as opposed to your normal tour dates?

It’s weird, you know, because the night doesn’t revolve just around you. But what’s cool is that you get access to a lot of new fans at festivals who are there to see bands who are locked up with you or playing before or after you. So, it’s just nice to have access to those fans, new fans.

Do you have a favorite festival experience so far?

Yeah, we were just over in Europe, and we played a festival in Poland, and it was crazy. I had no idea we had fans there. We ended up playing in front of, like, 3,000 screaming Polish people. It was amazing. That was really cool to see. When you go far away and you have fans, it’s really cool. 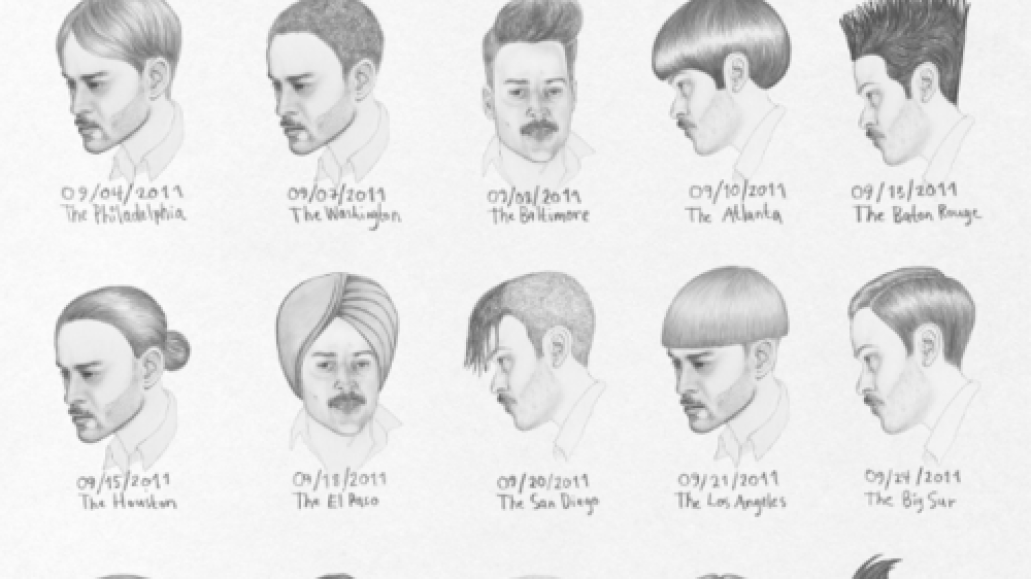 How does that process of booking the lesser known places where you’re not sure if people will show go?

Well, there’s people on your team who do that research for you. They check what the record sales are in the region; they talk to promoters. Promoters know what people are wanting to see. I think, you know, there’s a gamble, but there’s also a science to it, so it’s not a huge risk.

How’s your hair looking right now? I know that’s a pretty important part of you, in general.

[laughs] I was just sitting here talking and combing it, actually. It’s looking alright. It needs some work. I will say that.

Got a special hairstyle picked out for Moogfest?

I’ll see what I can do. You know, a lot of people thought that on this tour I would be sporting different haircuts all the time because of this tour poster. That was just kinda a thing we had drawn up because I wanted each state to have something special. But it’s… it’s kinda impossible. I would need a lot of time and money to make it happen. I’ll try. I’ll do my best, though.

How about a costume? Moogfest is Halloween weekend. Have you ever dressed up for a show?

No, we haven’t, but I don’t think we’ve ever played a Halloween show before. We’ll see what happens.

What can fans look forward to from your show at Moogfest?

There will be some new songs in it, some stuff that will probably be on the next record. They’ll be able to hear it early on. And, I dunno… what else? Just expect it to be really loud.

Are you attending Moogfest? Grab your tickets now, or stay tuned over the next few weeks for our exclusive giveaway!