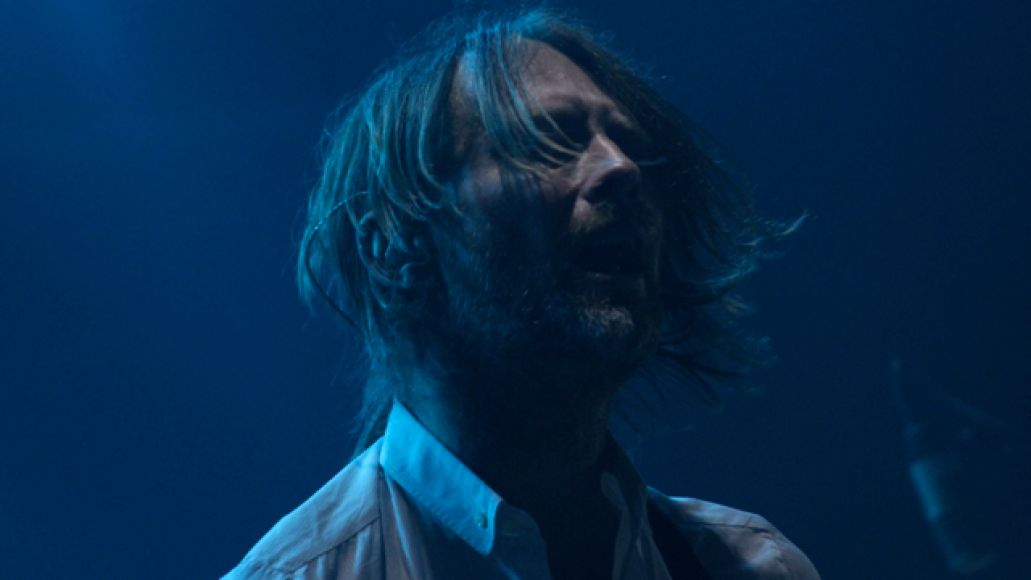 Like an itchy character in a Stephen King novel, Thom Yorke keeps coming back. This time, he spoke with Rolling Stone, where he laid one bombshell piece of news: Radiohead will record in December and January.

“We can get things together quite rapidly at the moment,” Yorke said, name dropping a new track titled “Come to Your Senses”. “We have this version of it. It’s a five-minute rehearsal, but it has the essence of what we need.” He stated they have a “few of those”, and added, “It would be fun to have them ready when we go to play next year. I don’t know how we would release them. It would be nice to make it all part of the flow and just enjoy it – not think about it too much.”

Speaking of touring, Yorke explained that putting the The King of Limbs material on-stage was harder than they imagined. He digressed on working with additional drummer Clive Deamer, adding: “In ‘Bloom,’ when Clive goes from the electro pads to the live kit, and my guitar shoots up an octave, I’m like, ‘Wow!’ When we came up with that, it was like, ‘OK, we got it.'” Deamer is a crucial key in bringing Limbs‘ lush recordings to life, but also one of the reasons the band hasn’t toured yet, due to his commitments with Portishead. As Radiohead’s manager Chris Hufford explained, “He wasn’t available and it’s why we couldn’t go out on tour until next year.”

On the topic of Atoms for Peace, Yorke insisted that there will be an LP before the end of the year, though he also added, “It’s not good enough yet.” The magazine reached Nigel Godrich for comment, who reiterated, “The idea was to generate the music, then record the band. We did that. Some of it worked. We also went back to some of the electronic stuff. It’s still in flux. We’re waiting for the lightning bolt to strike.”