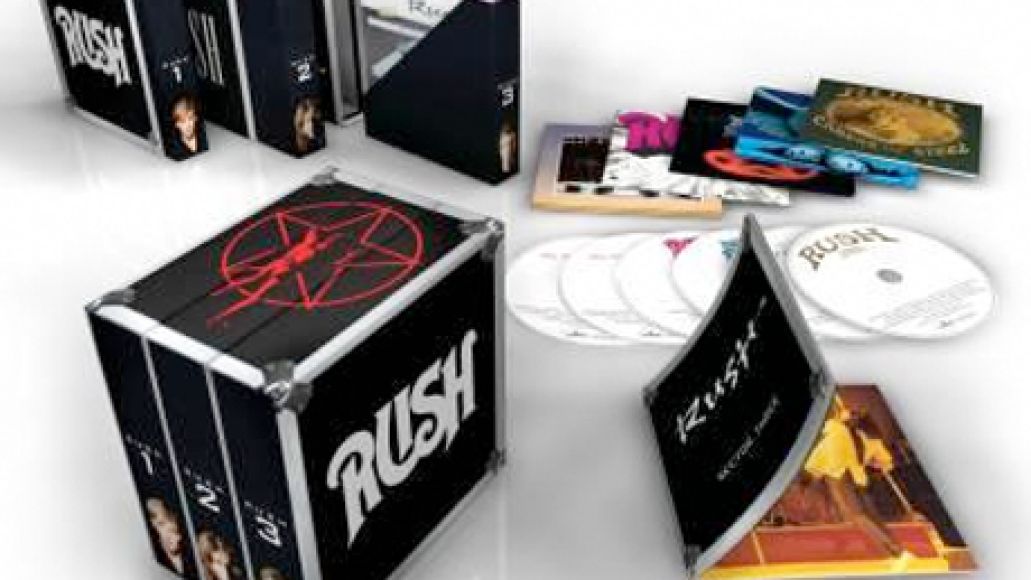 Rush’s upcoming ninth live album, Time Machine 2011: Live In Cleveland, is just the beginning of the prog-splosion going down in the 11th month of 2011. On November 21st, two weeks after Time Machine‘s release, Universal will drop Sectors, a compilation of the band’s 15-album, 14-year run on Mercury Records, reports Exclaim!.

Sectors will be broken down into three separate six-disc box sets. Each box set includes five chronological CDs and a 5.1 surround sound DVD of one of those albums. Sector 1 is comprised of the band’s 1974 self-titled debut and ends with their first live album, 1976’s All the World’s a Stage. Sector 2 features 1981’s Moving Pictures and 1977’s A Farewell to Kings, which also gets the DVD treatment. Sector 3 starts with 1982’s Signals and concludes with 1988’s double live album, A Show of Hands. Each Sector comes with a booklet of photos and lyrics, with all three boxes forming a Rush CD road case.

As for the future, Rush recently signed with Roadrunner Records. Their next album, Clockwork Angels, which the band have had on the backburner for some time, is due out in 2012. For now, check out the tracklist for all three Sector boxes below. Just above that, though, is a 2008 performance of Moving Pictures‘ “YYZ”.