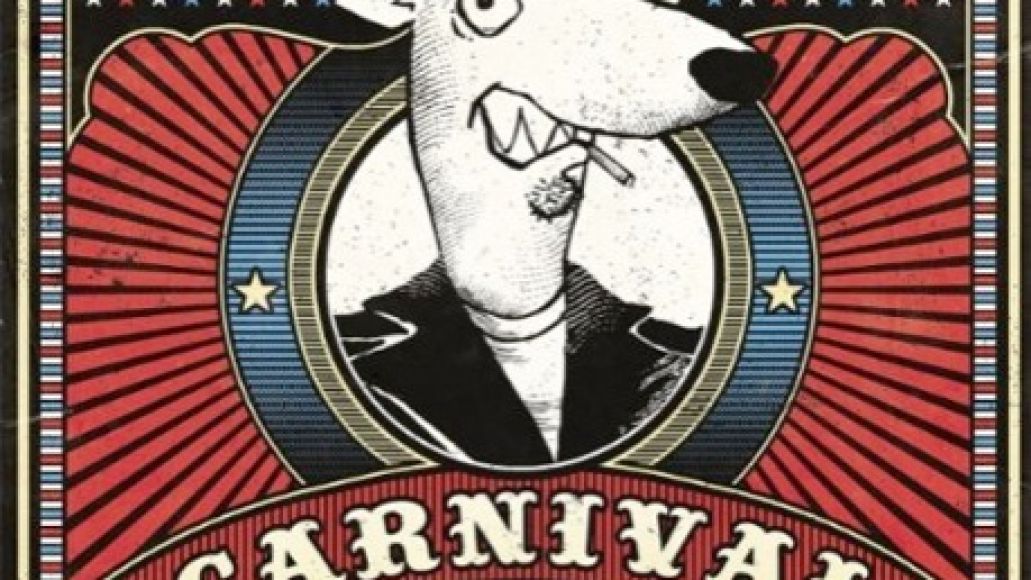 It would be understated saying Ben Weasel and his pop-punk outfit Screeching Weasel had a rough first half of the year. After a physical altercation with some female attendees at their SXSW gig in March, 80% of the band bailed/was canned and the kabosh was put on their Weasel Fest event. Left alone, Weasel took to the “WWW” and promised Screeching Weasel would persevere; it’s not like the band hadn’t already seen its share of lineup shuffles (their Wikipedia page lists 23 past members). With another new lineup in tow, Screeching Weasel are already set with a new EP, as Exclaim points out.

Taking its name from the previously mentioned blog harangue, Carnival of Schadenfreude will be released from Recess Records on October 29th. That date just happens to be the same as the new lineup’s live unveiling at Reggie’s in Chicago. The concert may already be sold out, but the seven-track EP will be out on 12-inch vinyl for the ticketless to enjoy.

The title track is available for your streaming pleasure below. Weasel takes the opportunity to restate his side of the now infamous SXSW incident, calling it “silly” and taking shots at Fat Wreck Records for dropping him in the fallout. He seems rather nonplussed about the whole thing, singing “I’m trying to make a buck, not friends” and scoffing that he “got paid in advance.”

Listen to the new cut below and judge for yourself. One way or another, though, Screeching Weasel is back.