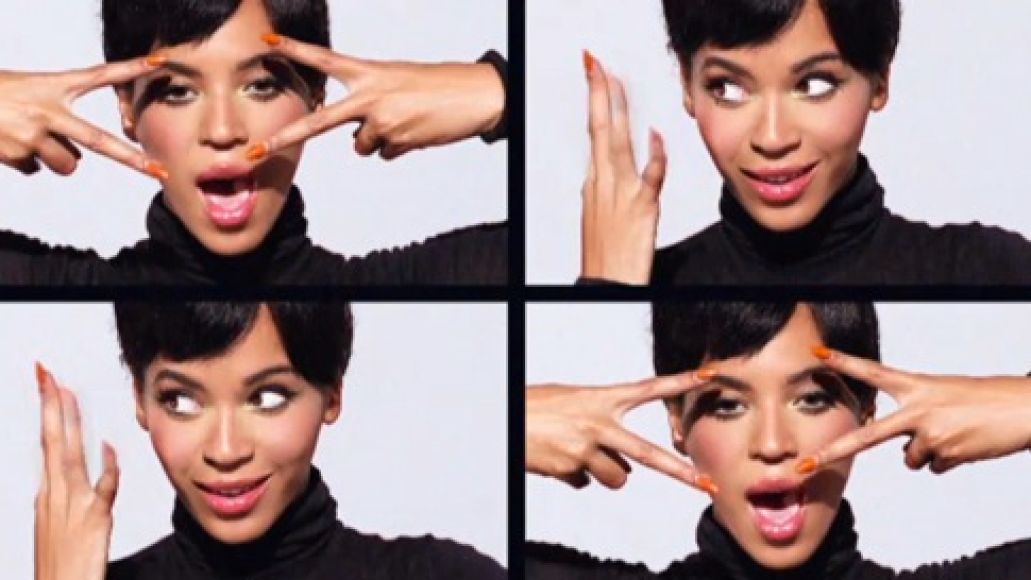 In this very writer’s review of pop goddess Beyoncé’s latest album, the CoS Top Star-earning 4, “Countdown” was highlighted as one of the record’s most telling examples of how mesmerizing the diva can be at her most minimalist. Compared to other Bey cuts, the retro horns and counting chorus maximized the musical punch without a lot of extra, unnecessary weight.

Continuing that ethos, the track’s music video sees Mrs. Hov rocking a variety of black and white outfits/hats, hamming it up for the camera like a modern-day Audrey Hepburn or even as the most attractive wall clock we’ve ever seen. The concept may be simple, but the intricate dance numbers (take that, Fred Astaire!) and split screen action make for an energetic cinematic affair with loads of modern swag and ’60s-inspired sass. Plus, making its music video debut is none other than Queen B’s baby bump. Guess she finally got that three from the two…

“Countdown” is the fourth video to appear from 4, with the other efforts being “Run The World (Girls)”, “Best Thing I Never Had”, and “1+1”. A fifth video, for the Andre 3000-featuring “Party”, was shot in August and is set to debut in the near future.