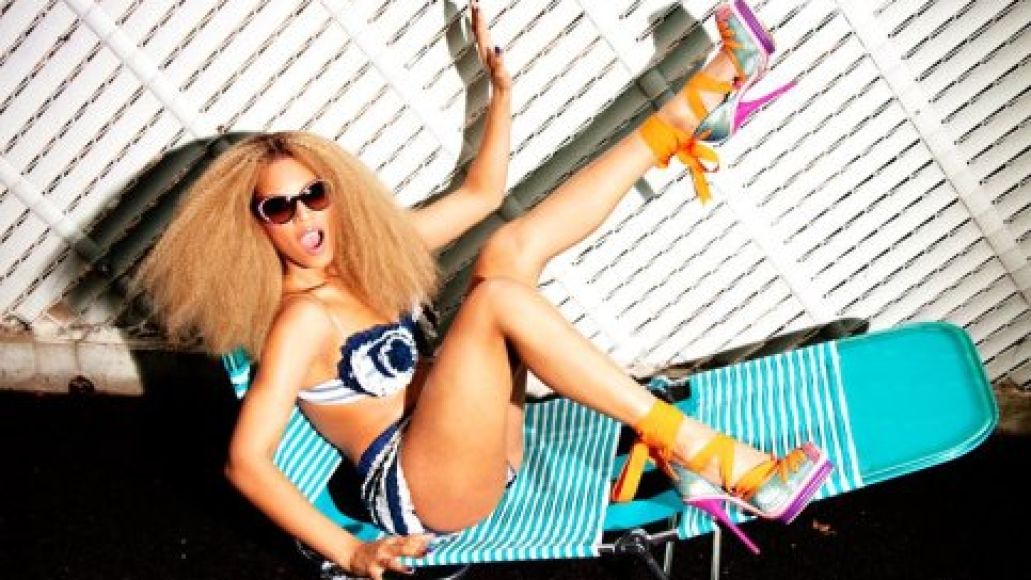 Following the clips for the mesmerizing  “Countdown” and the booty-poppin’ “Love on Top”, pop diva/mother-to-be Beyoncé has unleashed her third music video in as many weeks with “Party”. Mirroring the track’s ’80s vibe, the video finds Queen B and guests (including Theophilus London) kicking back at a DayGlow-colored house party, which just so happens to be DJ’ed by Bey’s baby sister Solange. And though the album version features André 3000, the video utilizes the remix from Roc Nation rapper J. Cole, who swings by the festivities once they hit the hotel room for a little after-hours Silly String fight. With lots of dancing and posing by Bey in a number of settings (even whilst on her own throne), the only thing this family affair is missing is Jay-Z wearing sunscreen on his nose and a shirt from Tommy Bahama. Check out the video below.

Along with the video, Beyoncé has also announced the release of a live concert film featuring footage of her four-night stint at New York City’s Roseland Ballroom last August. Spanning 26 songs, Live at Roseland will be available as a single-disc DVD exclusive to Walmart retailers on November 21st. A deluxe version, titled Live at Roseland: The Elements of 4, will be released worldwide one week later on the November 29th. In addition to the concert film, the deluxe version includes bonus offstage footage, a 20-page booklet, and a video anthology that includes seven videos from her latest album 4, along with a new documentary.