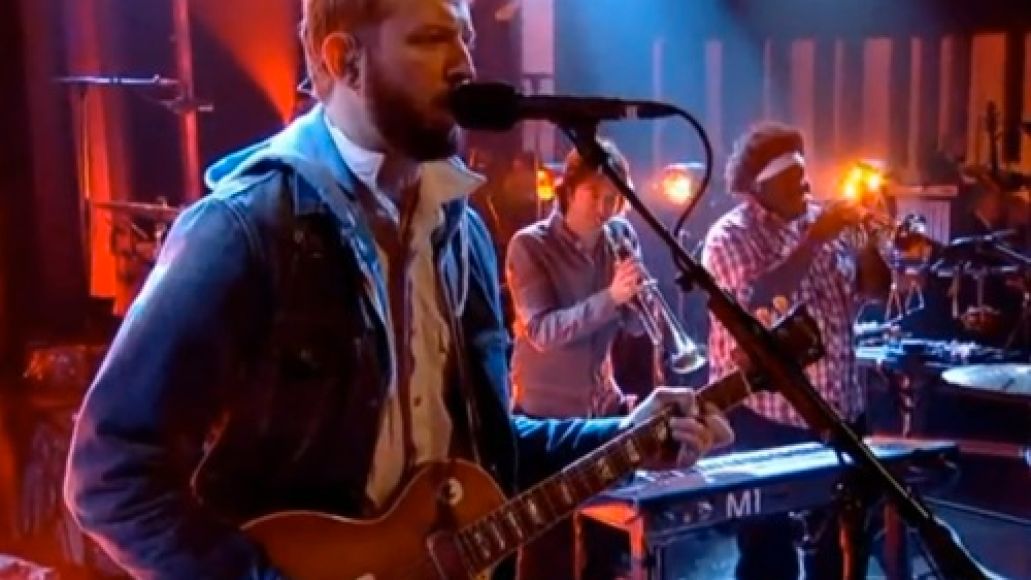 In addition to being the founder of Squeeze, Jools Holland is also the UK’s answer to Jimmy Fallon: his BBC 2 program, Later… with Jools Holland, consistently offers performances from music’s most elite. On last night’s episode alone, Justin Vernon, wearing one hell of a denim jacket, busted out the horns for a full band rendition of Bon Iver’s “Towers”; Feist, with Mountain Man again providing vocal support, tackled both “The Bad In Each Other” and ”How Come You Never Go There”; and Mastodon, who are apparently only the second metal band ever to appear on the program, wrecked havoc with “Black Tongue”. I don’t know anyone on this side of the Atlantic who gets BBC 2, so check out video clips of the aforementioned performances below.

Feist – “How Come You Never Go There: