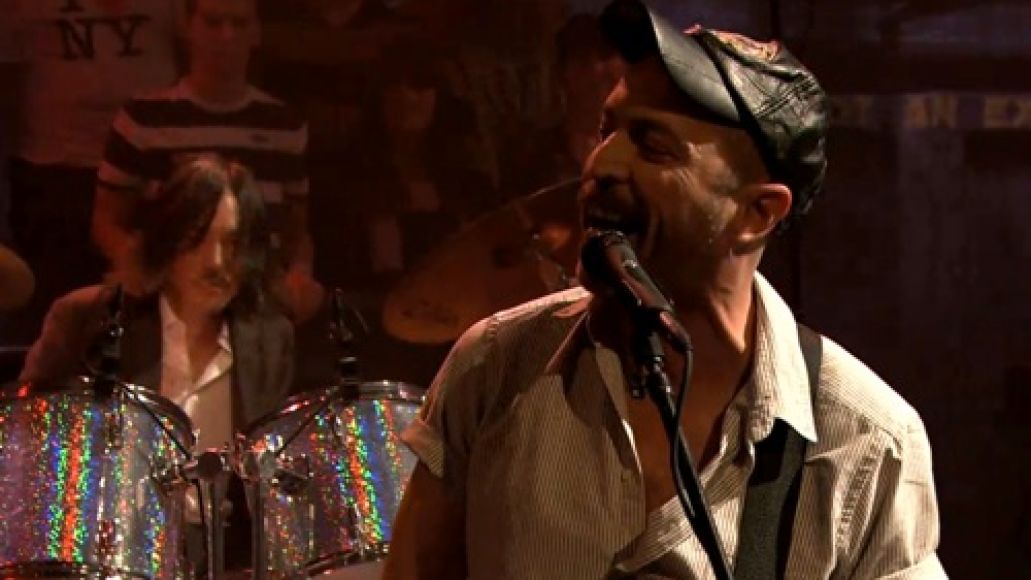 With no new album to promote, and no tour on the horizon, New York’s Chavez aren’t the typical late night musical guest. But then again, the Matt Sweeney-helmed, math-rock outfit isn’t your typical band. For the past 18 years, they’ve marched to their own beat – or, more specifically, James Lo’s – and little has changed since. In fact, it wouldn’t be surprising if Sweeney was still wearing the same jeans from Gone Glimmering‘s 1995 release party. For their much-anticipated performance on last night’s episode of Late Night with Jimmy Fallon, Sweeney & Co. knocked out “Laugh Track”, in addition to a web-only performance of “You Must Be Stopped”. Perhaps this excitement will influence a third Chavez full-length? Well, at the very least, you have two videos to watch this morning.

“You Must Be Stopped”: