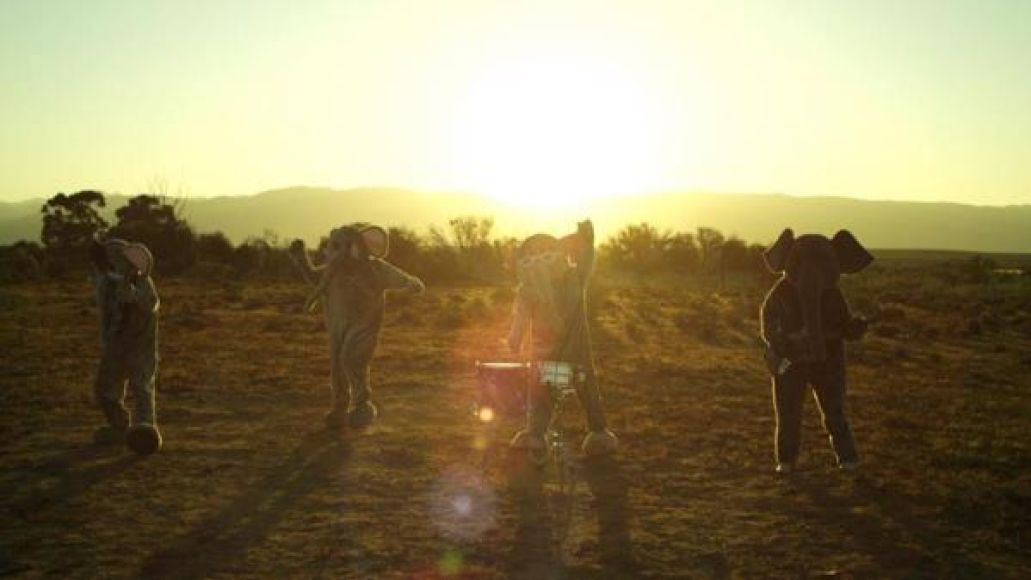 There’s another video featuring people dressed in animal costumes. The clip is for Coldplay’s new single, “Paradise”, and it sees an elephant, played by frontman Chris Martin, escape from a South African zoo so that he can join three other elephants, played by the remaining members of Coldplay, for band practice in the middle of a desert. Mat Whitecross, who also handled Coldplay’s “Christmas Lights” video and who apparently beat out Hype Williams for the gig, served as the video’s director. Watch it below.

By my count, this is the fourth video in the last two months to utilize animal costumes. (See: Frank Ocean, Stephen Malkmus, and Explosions in the Sky for more.)

Coldplay’s new LP, Mylo Xyloto, is out October 24th via Capitol Records. In the five days left before its release, iTunes is streaming one album track each day.