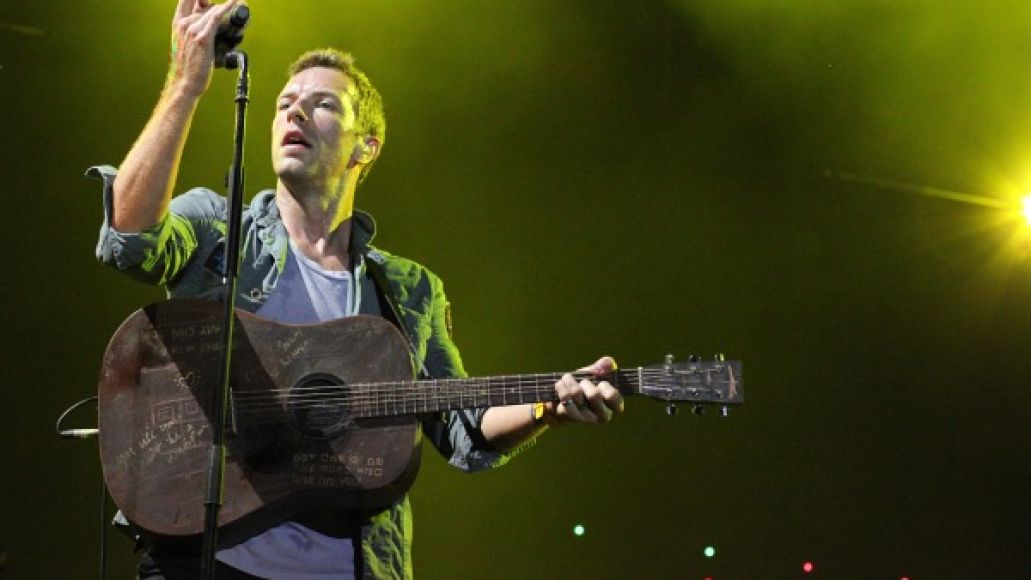 Following last night’s appearance on The Colbert Report, Coldplay were back on stage early Friday morning, this time delivering a mini concert on Today. Below, you can watch videos of the band performing Mylo Xyloto tracks “Paradise”, “Every Teardrop is a Waterfall”, “Charlie Brown” as well as Viva La Vida’s hit title track and X&Y’s “Fix You”. The beginning part of the “Viva La Vida” video also features a mini chat between Today host Matt Lauer and Coldplay in which they discuss the band’s current obsession with paint and selling a shit ton of music. Catch the action below.

“Every Teardrop is a Waterfall”:

Mylo Xyloto is out October 24th via Capitol.