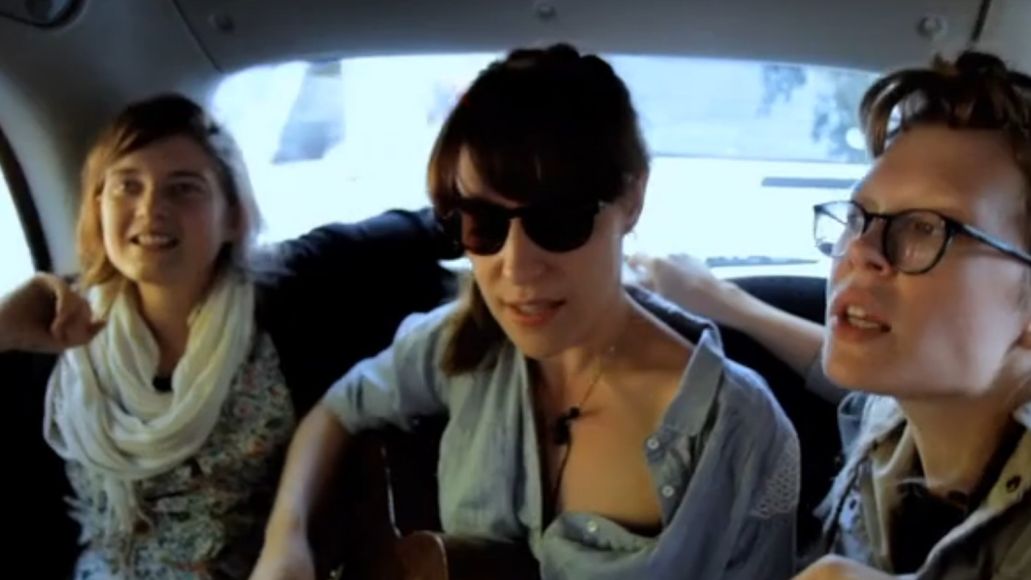 Last week, Leslie Feist played her first London gig in over three years to promote her latest LP, Metals. During her visit, however, she also took part in a much more intimate performance – in the back of a taxi cab. Filmed for the British web-series Black Cab Sessions, Feist and members of the Mountain Men (who currently serve as backup singers on her ongoing tour) utilized just one acoustic piano, some rattles, their beautiful harmonies, and the cab’s interior to perform “Undiscovered First”. Make sure to watch until the closing moments, because things in the taxi cab end up getting hot.

Metals is out now.