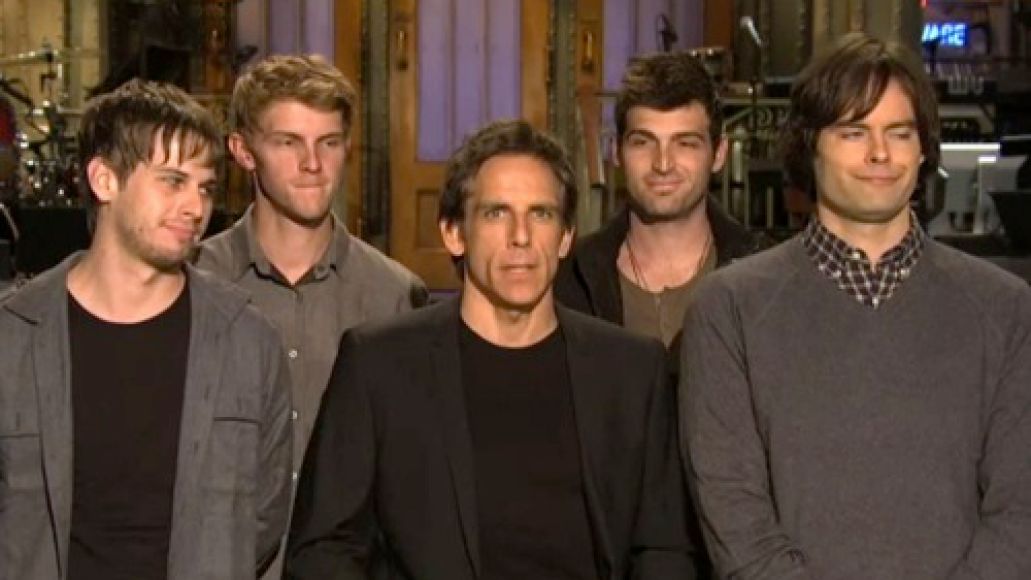 Even when singing about some pretty serious topics (go ahead and actually read the lyrics to “Pumped Up Kicks”), Foster the People maintain a youthful, carefree energy in their synth-heavy indie pop tracks. And just one view of the band’s SNL teaser video confirmed that the Los Angeles trio can still be giddy despite their recent explosion. Said video also hinted to something slightly more surprising; a special guest appearance sometime during Saturday night’s performance.

Lead-singer Mark Foster seemed a bit nervous at the onset of a guest-free “Pumped Up Kicks”, but with the support of the expanded touring-outfit, he quickly found a spark and debuted a few dance moves to the live audience. As the band returned to perform “Houdini”, backup singers and a horn section filled up the stage, but still no recognizable guest was present. That was until the familiar curls of Kenny G took the stage during the track’s final horn section, thus confirming that a.) Eddie Murphy would not be making his long-awaited SNL return with a keytar solo and b.) Kenny G. should just become a part-time cast member at this point. Check out the video replays below.

And just in case you aren’t aware, Torches is out now.