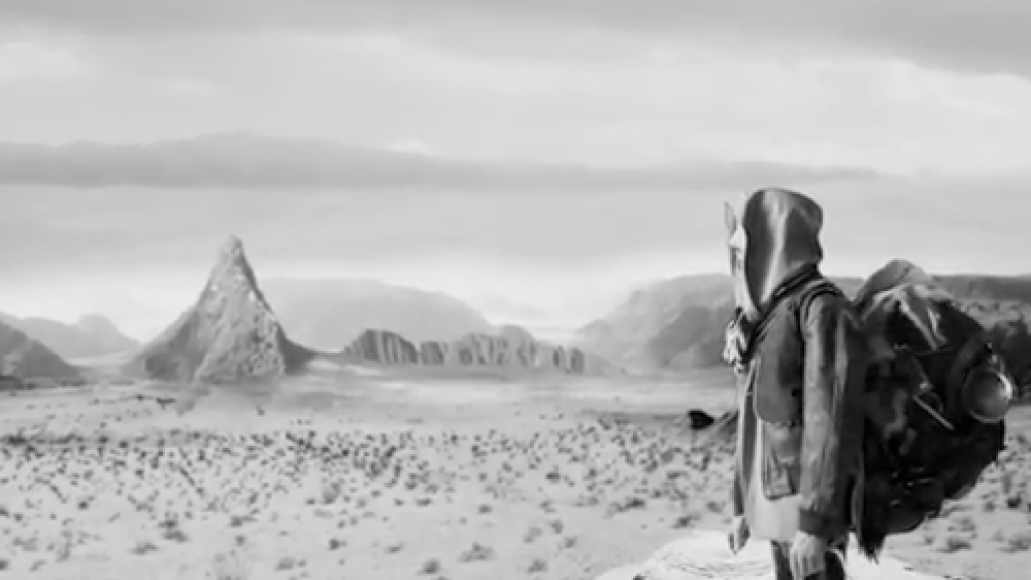 The music of Portland, OR-based singer-songwriter Holcombe Waller is considerably more artistic than simply musical, deep and dark with powerful poignancy. His latest work, Into The Dark Unknown, actually started as a stage production, not an album. So it’s no surprise that the video for his cover of Canadian and Cree singer Buffy Saint-Marie’s “Qu’Appelle Valley, Saskatchewan” is chock full of representative imagery.

Based on a poem by co-director/production designer Bowen Ames (Waller himself was the other director), the clip features three juxtaposed  scenes: Waller as a seamstress setting out on a mountain climbing adventure, his grandmother representing “wisdom and tranquility in stillness and repose”, and a third individual in a slow-motion collapse. Together, with help from director of photography Ryan McMackin and VFX by Joshua Cox, the images form “a kind of epic sci-fi dream, and a testament to my grandmother’s luminance and grace,” says Waller.

“Every object, every frame has a story,” Waller continues, “but we wanted to weave things loosely so that people could search for their own story in the video.” See what you make of the dream by watching the exclusive premiere of “Qu’Appelle Valley, Saskatchewan” below.

Certain visual elements from the clip will be incorporated into a “theatrical song performance” called “Surfacing”, which Waller will debut in Portland in early December. He’ll also be playing a few concert gigs, so see his complete schedule below.