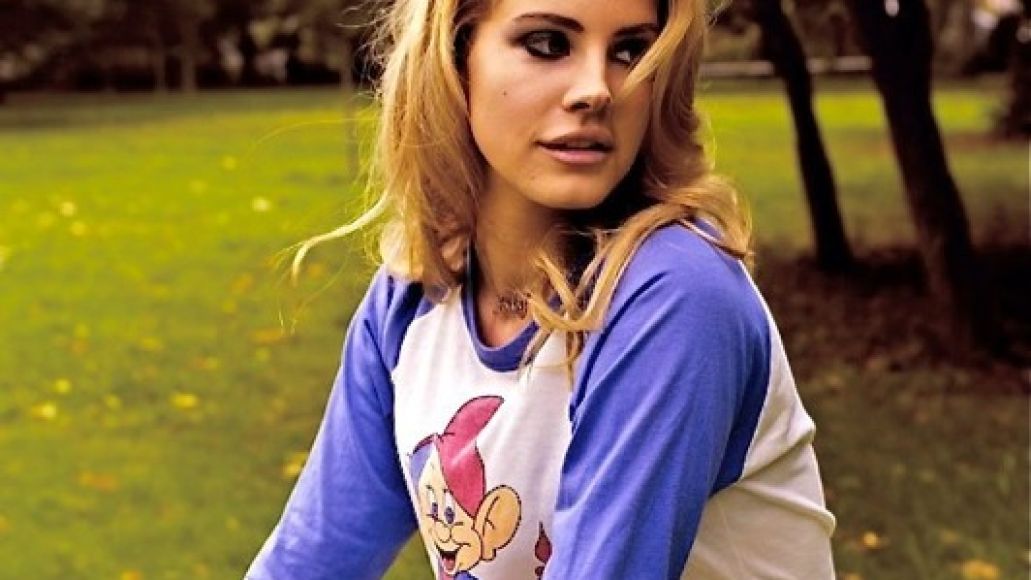 Now that we’ve cleared up the name issues, let’s get back to the reason Lana Del Rey first caught our attention. As Disco Naivete points out, the musician born Lizzy Grant recently uploaded a video of her performing “Blue Jeans”, giving us our first true glance at Lana Del Rey from a live setting. According to the video’s title, the performance was recorded ‘live from the Premises,” and it sees Del Rey accompanied by an electric guitarist. Check it out below.

Disco Naivete also points us to a listing on Amazon.co.uk for what appears to be the upcoming debut full-length from Lana Del Rey. As previously reported, Del Rey told GQ that her album could arrive as soon as January, which jives with the January 23rd date listed on Amazon. We reached out to the musician’s representation for comment and will let you know if and when we hear back.

Below, you can find a listing of Del Rey’s upcoming tour dates. Her debut single, “Video Games b/w “Blue Jeans”, is out tomorrow via Stranger Records.