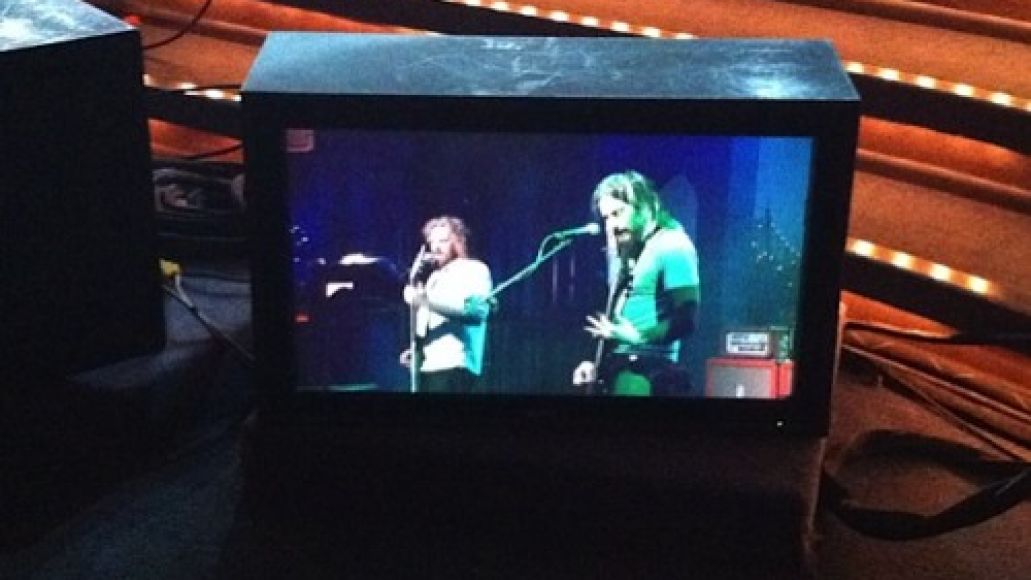 Just another night for a Mastodon as they crank up their gear and play some heavy shit in low-A tuning. It’s pretty metal that Late Night with David Letterman booked Mastodon, considering there’s an 8-5 chance that my mother, after watching this,  will send me a befuddling email asking me if I know who “Masterhead” is and stating her displeasure for them. But mama just doesn’t understand the power of “Curl of the Burl” live. Like, how the steady, rocking jam can turn even the Ed Sullivan Theater into a mega-sized arena (maybe that’s just the killer camera work). Or, how tight of a unit the Atlanta four-piece comes off, letting each other shine without stepping on the other’s toes. Check it out for yourself below (via The Audio Perv).

The band’s latest album, The Hunter, is out now.

Video: Mastodon rocks "Curl of the Burl" on Letterman