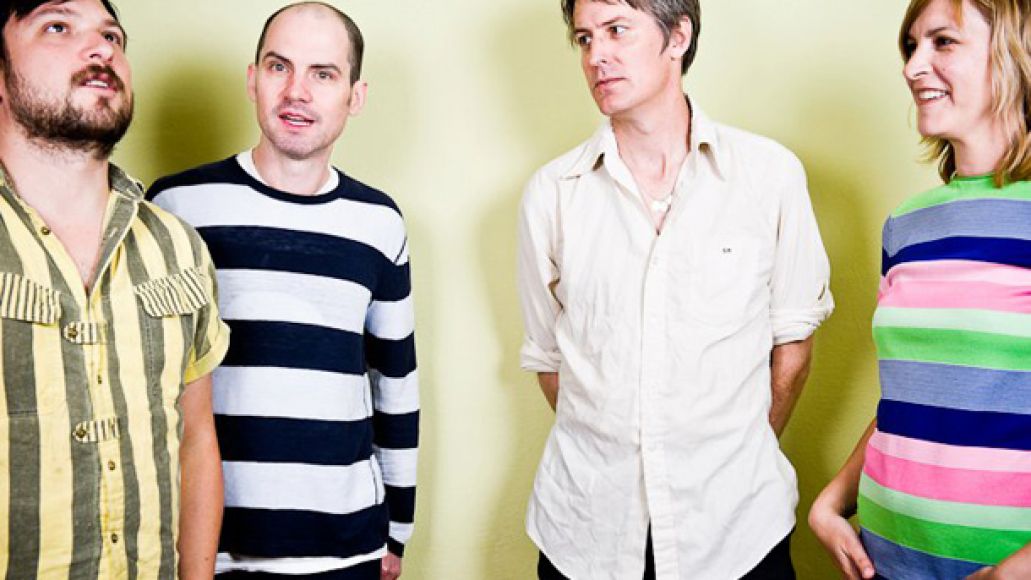 Coldplay’s cover of R.E.M.’s seminal hit “Everybody Hurts” is a touching example of a group of fans (turned superstar musicians) paying homage to a band who had an amazing 30-year run. And while there’s plenty of other bands who had similar relationships with Michael Stipe and company, the ode we’re most interested in is that of Stephen Malkmus and the Jicks’ cover of the 1983 classic “Radio Free Europe”. More than being a good-time, jangly run through the number, the cover breathes a sense of history. Shot just a week after the band’s surprise break-up, it exudes the sense that Malkmus, frontman of rock weirdos Pavement, is tipping his hat to his big bros of the alternative music scene. That without their groundbreaking ways, there’d be no place for all the bands that are a little left of center. That’s got to mean more than every superstar tribute and funny Twitter reaction in the world. Check it out below via The NJ Underground.

And, because we can, the original “Radio Free Europe” (from an October 1983 appearance on David Letterman):

Malkmus and the Jicks’ most recent LP, Mirror Traffic, is out now.