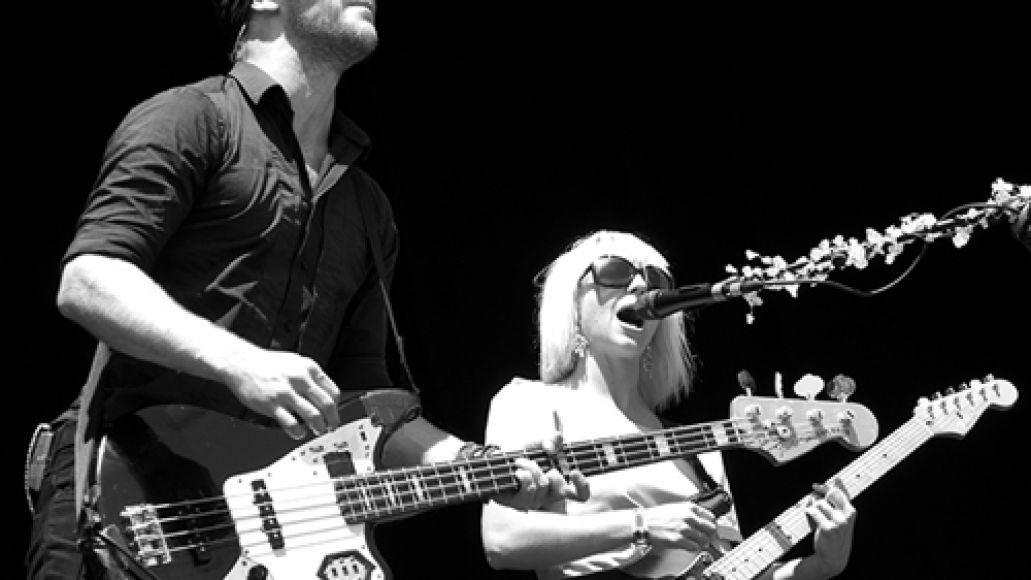 For a little rock band with huge talent that’s looking to hit the big time — a la UK’s The Joy Formidable – there are a few milestones that need to be met. Writing a critically lauded album, such as the band’s debut The Big Roar, is a good start. Releasing an addictive, fuzz-drenched anthem like “Whirring” also certainly helps. And, of course, getting your butt on Late Show with David Letterman to play a killer show arguably makes the biggest impact of all. As of last night, we can check off that last one in epic fashion thanks to a particularly jamming rendition of the aforementioned “Whirring”. In their appearance, the Welsh trio accomplished a rare feat: filling the hallowed halls of the Ed Sullivan Theater with the extra warm glow of the super catchy cut. And, like the stage presence of frontwoman Ritzy Bryan, their size and low-key presence belied their lethal ability to command every single person’s attention. Check out a replay of the performance below (courtesy of The  Audio Perv).

The Big Roar is available now via Atlantic.