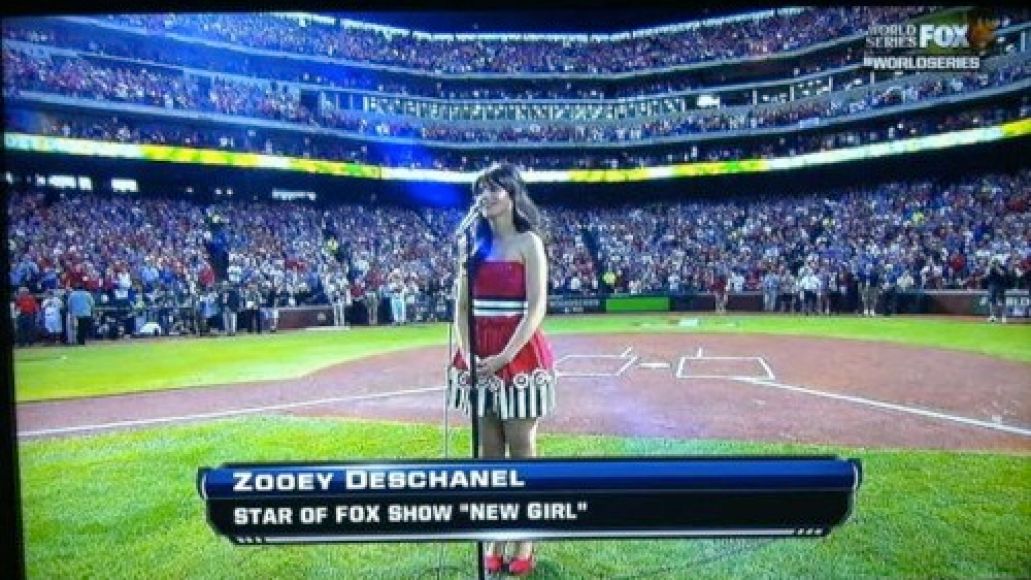 Following in the footsteps of her boo, Zooey Deschanel sang The National Anthem prior to game four of the 2011 World Series. Check out the video replay below.