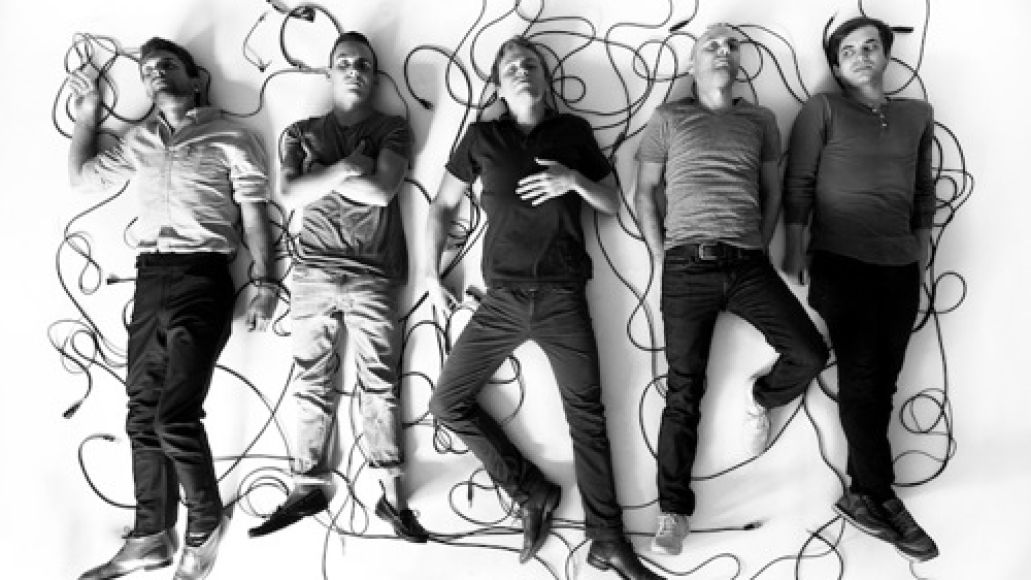 Usually a band sets out on tour to support a recent release. Brooklyn’s crew of post-punk indie rockers White Rabbits are reversing that order, as they’ve just announced a string of end of the year dates in anticipation of their new album, due out through tbd Recordings in early 2012. The follow up to 2009’s It’s Frightening is currently sans title and release date, but you can be sure you’ll hear some samplings of what they’ve been recording in Austin, TX when they hit the road beginning November 29th in Buffalo, NY.

Tickets go on sale this Friday, October 14th at the band’s website, and complete details on the 11-stop trek are just ahead. Further down, you can check out a video below of the band performing the number “Rudie Fails”.