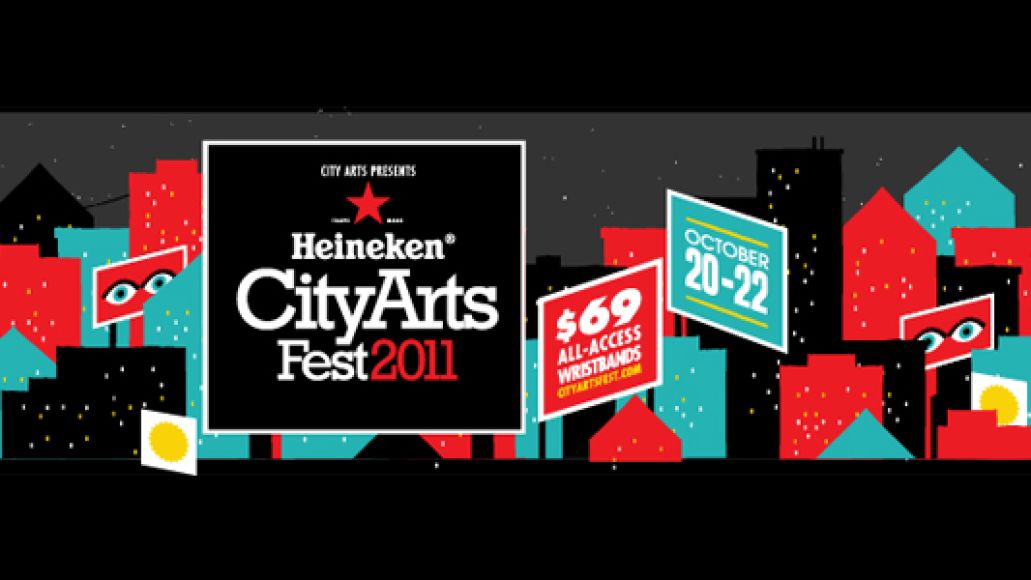 So, what’s the only thing better than spending the weekend at a music festival in a great American city? Going for free! Beginning tomorrow, October 20th, Seattle will host the second annual City Arts Festival, and with just one tweet a CoS reader can catch the likes of Ryan Adams, Robyn, Crystal Castles, Built to Spill, Fences, Ozomatli, Man Man, and YACHT, among others, without a single red cent. Which just means more money for booze and awesome concert tees.

For your chance to win two all access festival wristbands simply tweet us (@coslive) your personal favorite song by an artist playing this year’s City Arts Festival, making sure to add the #cityartsfest11 hashtag. And remember, it doesn’t hurt to be a fan/follower of Consequence of Sound and City Arts Fest. The winner will be announced tomorrow morning, so it will be beneficial if you are already located near the Queen City.

For everyone making the trip, be sure to check out an updated schedule for all last minute changes, and the option to pick up single performance tickets. And even though this writer won’t be making it, watch a vid of my favorite Built to Spill track.

* Note = Wristbands do not guarantee entry into City Arts Festival shows. Access is limited to each show’s respective capacity.

Win a pair of tickets to Seattle's City Arts Festival 2011