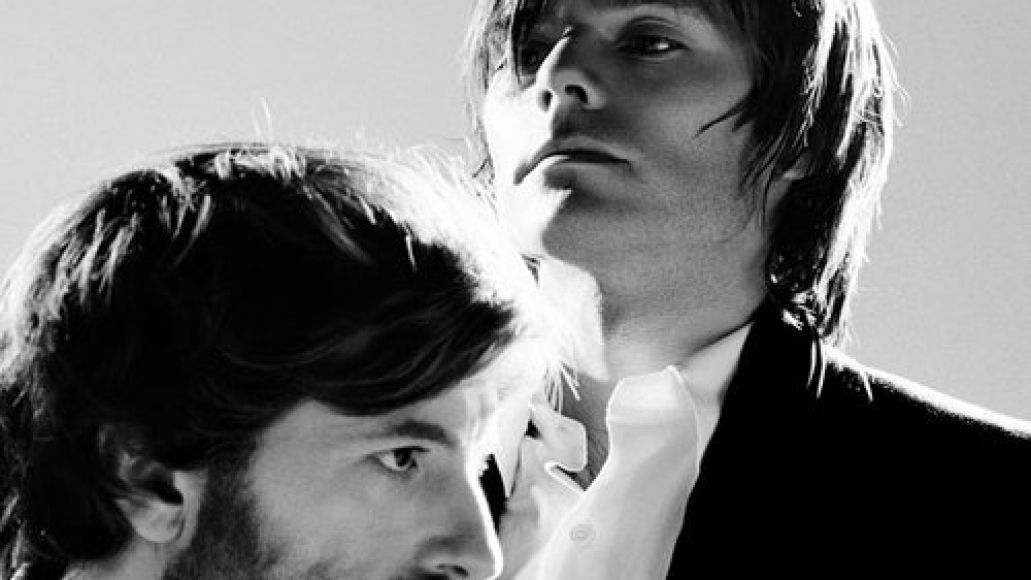 French electro duo Air have announced plans for a new studio album, their first since 2009’s Love 2. Spurred on by their recent work on the French short film of the same name, Le Voyage Dans La Lune expands “the original musical themes beyond cinematic instrumentals,” with vocal contributions from Au Revoir Simone and Beach House’s Victoria Legrand, as an issued press release confirms.

For those not up on their French film history, the Georges MéliÃ¨s-directed  Le Voyage Dans La Lune — which translates to A Trip To The Moon in English — was originally released in 1902. Loosely based on two popular novels, Jules Verne’s From the Earth to the Moon and H. G. Wells The First Men In The Moon, the 14-minute film is considered of the more important works in film history as it was the very first to use science fiction as its theme. After being rediscovered in the early 1990s, the film was restored in 2011, with Air tapped to provide the original score.

Of the album, Air’s Nicolas Godin says it’s “undoubtedly more organic than most of our past projects. We wanted it to sound ‘handmade,’ knocked together’, a bit like MéliÃ¨s’ special effects. Everything is played live … like MéliÃ¨s’ film, our soundtrack is nourished by living art.”

Below, you can find the album’s tracklist, as well as the original film version of Le Voyage Dans La Lune.