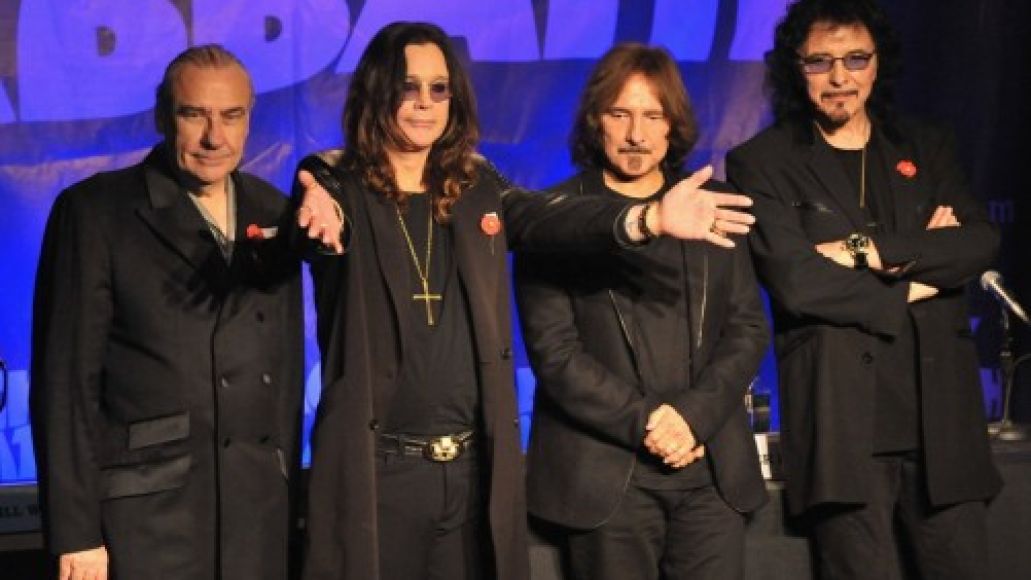 One week after announcing their plans to reunite, Black Sabbath have returned with a month’s worth of European tour dates. The leg kicks off on May 18th in Moscow, Russia, with dates currently running through June 24th in Milan, Italy. In addition to this year’s Download Music Festival, the band has also confirmed festival slots at Spain’s Azkena Rock, France’s Hellfest, Belgium’s Graspop Metal Meeting, and Italy’s God of Metal.

Check out Sabbath’s current itinerary below and stay tuned for additional tour dates. As an issued press release notes, “[the dates] are only the beginning of the group’s global tour which will take the band around the world including countries the band has never played before and others they have not visited in more than three decades.”