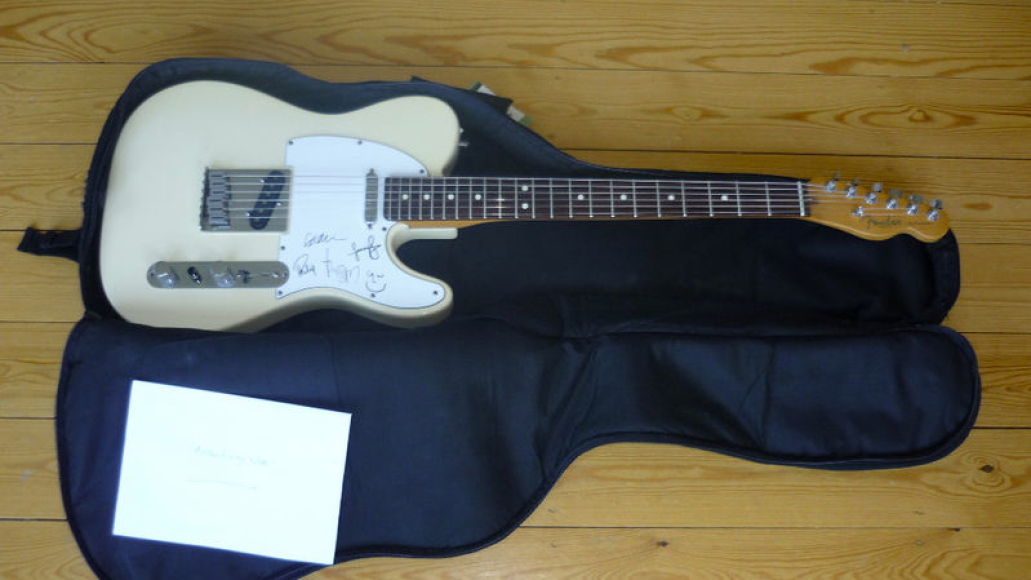 Above is the Fender Telecaster used by Radiohead’s Ed O’Brien to record Kid A and Amnesiac, since signed by all five of the band’s members. For some of you reading this, it’s probably the equivalent of the Holy Grail. Well, get this: pretty soon the guitar will have a new owner as the band has put it up for auction to raise funds for the Billie Butterly Fund, a charity which benefits a 4-year-old girl who was recently diagnosed with an inoperable form of brain cancer.

The winning bidder will also receive a brand new guitar case and a handwritten note by O’Brien which says the following:

To whoever ends up with this Tele…

It was bought in the summer of ’98, just prior to us going into record the albums which came out as Kid A and Amnesiac. It was pretty much the only guitar I used at that time. It’s also been gigged a lot, up until and including the In Rainbows tour.

Hope you enjoy it – all the best

The current asking price is only £410.00, but there are still nine days and 20 hours (as of this posting) before the auction closes. You can put in your own bid here.